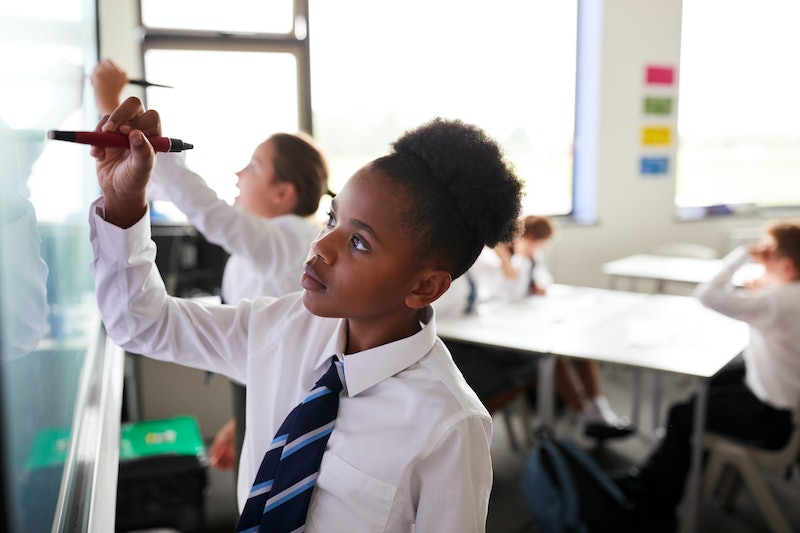 The government have responded to The Black Curriculum's calls to meet and discuss reforms to UK school syllabuses. The campaign, led by Lavinya Stennett, pushes "for the mandatory inclusion of Black histories in schools" and had requested a meeting with the Secretary of State for Education Gavin Williamson to discuss their aims. However, as they announced on Instagram today, their request has been rejected.

The Black Curriculum posted a statement on social media to explain that their request had been denied and that, in response to it, the government had said that "the national curriculum as a framework is broad, balanced and flexible, allowing schools to teach Black history."

The post goes on: "Through our work with schools for over 12 months, we know that without explicit reference on the national curriculum or exam specifications, schools and teachers are not encouraged to teach Black histories."

Despite the blow, leaders at The Black Curriculum have said they will continue to push to achieve their goal. They also shared a list of ways in which supporters can help at this time, which was:

In early June, The Black Curriculum sent an open letter to Williamson calling on him to make the teaching of Black history compulsory in both primary and secondary schools.

“Thousands of us, the British voting public, are grief-stricken and concerned about the existing status quo in the UK, which disregards the lives and contributions of Black British people," the letter stated.

“Despite numerous calls over the years to reform the national curriculum to incorporate black histories, these requests have been denied.

“Learning Black history should not be a choice but should be mandatory. Our curriculum should not be reinforcing the message that a sizeable part of the British population are not valued.”

Speaking about her decision to establish The Black Curriculum in 2019, Lavinya Stennett, 23, told Metro: "For years Black history was just not on the curriculum and when it was, it’s just slavery and focusing on the dehumanising aspects of Black history. It’s an intergenerational problem. We have to put an end to this by starting to reframe these histories and also provide a more accurate version of British history because it didn’t start with slavery."

You can find out more about how to support the campaign at The Black Curriculum's website.

More like this
Windrush Victims Are Still Waiting For Compensation
By Sam Ramsden
What Is Happening With Sheku Bayoh’s Case?
By Sophie McEvoy
Boris Johnson’s Leadership Is In Question – Again
By Bustle UK
Mollie King & Stuart Broad Have The Most Relatable Wedding Plans
By Sophie McEvoy
Get The Very Best Of Bustle/UK