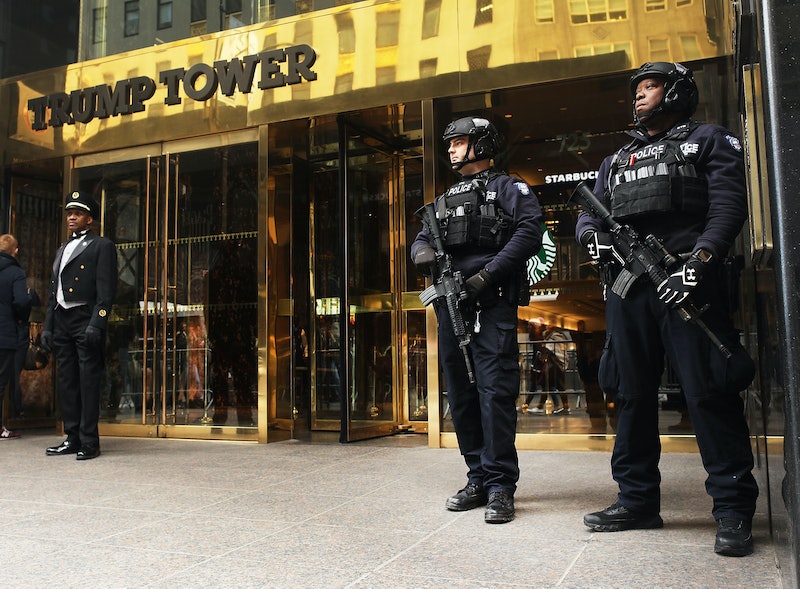 On Tuesday, the Wall Street Journal reported that the U.S. military is spending thousands of dollars to rent Trump Tower every month in order to provide essential services for the president. However, notably, the president has not spent a night in his residence at the Manhattan building since he took office.

The Wall Street Journal noted that the U.S. government signed a $2.39 million lease to rent a 3,475 sq. ft. space in Trump Tower from Apr. 11, 2017 to Sept. 30, 2018. The government paid $180,000 to rent the space for the last 20 days of April 2017 and then agreed to lease it for $130,000 a month thereafter. As the Journal pointed out, the amount the U.S. military is paying to rent the space in Trump Tower falls far above market value and renders it one of the most expensive residential rental properties in New York City.

The Journal also reported that a Pentagon official noted in a letter to Rep. Jackie Speier, a Democrat on the House Armed Services and Intelligence committees, that the property the military is renting is privately owned by a person not affiliated with the Trump Organization. Therefore, the Pentagon noted, President Trump is not financially benefiting from the military's leasing of the space in the Trump Organization's building.

As The Hill noted, the military is using the space to house the White House Military Office. This office is responsible for providing vital services that must be consistently available to the president. These services include transportation, communications, medical facilities, food, and access to the "nuclear football" that allows the president to initiate a nuclear attack.

However, while keeping these services in close proximity to the president is necessary, President Trump has not spent a night in Trump Tower — where he owns a penthouse on the 66th floor — since the beginning of his presidency. While Trump has not spent much time in New York, his permanent residence there was certainly the driver for significant amount of resources being allocated to establishing the White House Military Office in Trump Tower. As the Wall Street Journal reported, James A. MacStravic, the acting Undersecretary of Defense for Acquisition, Technology and Logistics, noted in the aforementioned letter to Rep. Speier that, "The requirement for proximity to the president’s residence drives the location and price for this acquisition."

While maintaining his residence in New York during his presidency, Trump has seemingly spent his time away from Washington at his other properties outside of Manhattan. These properties notably include Mar-a-Lago in Palm Beach, Florida and the Trump National Golf Club in Bedminster, New Jersey. However, as Reuters reported back in May, it is unclear whether similar Military Office arrangements have been made at these properties.

It remains to be seen whether the president, who has noted he feels "guilty" when he returns to New York because of related street closures and security costs, will return to his Trump Tower residence more often as his presidency progresses. For the military's part, it looks like they are there for the long haul — or, at the very least, until their lease expires at the end of 2018.