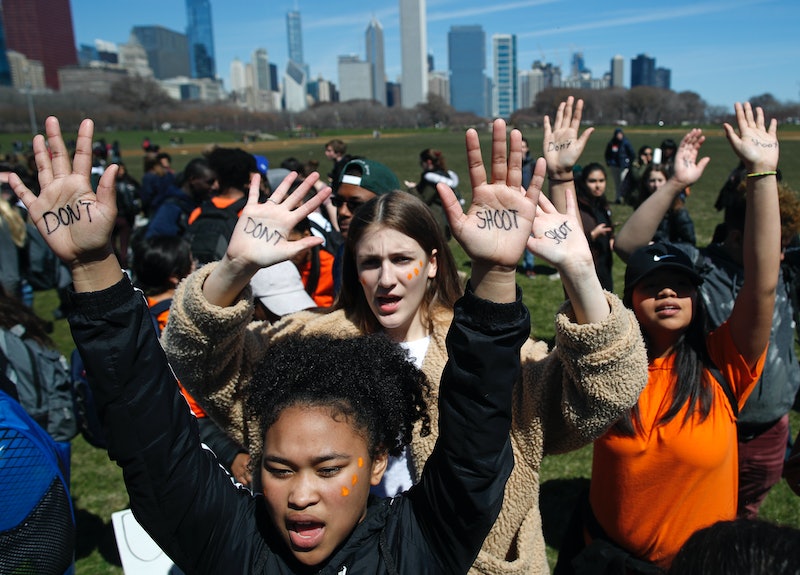 In the wake of the mass shooting at two mosques in Christchurch, New Zealand, the country's leaders announced sweeping changes to federal gun safety laws within days of the tragedy. The speed with which they reacted has further underscored the United States' lack of response following mass shootings over the last few decades. Via CNN, the comparison between how quickly New Zealand acted to pass gun safety laws and how little has been done in the United States in that regard in the past 20 years is flat-out shocking.

New Zealand Prime Minister Jacinda Ardern announced on Thursday that the nation would be banning all military-style automatic weapons, automatic rifles, and high capacity magazines. At a press conference, Ardern said, "On 15th [of] March our history changed forever. Now our laws will too. We are announcing action today on behalf of all New Zealanders to strengthen our gun laws and make our country a safer place."

Ardern also said that the country would be initiating a government buyback option for gun owners, to be rolled out in the coming months. It was a sweeping change to gun legislation in the country, one that the cabinet reportedly decided upon within 72 hours of the event, per CNN. You can watch Ardern's speech in full below.

And then there's the United States. Since 1982, there have been over 100 mass shootings in the country, according to an index compiled by Mother Jones. (The news organization narrowed its focus to "indiscriminate rampages in public places resulting in four or more victims killed by the attacker.") And in the last 20 years, virtually no sweeping changes to federal laws have been passed for gun safety; rather, the few federal gun laws that have been passed were created to instead increase the rights of gun manufacturers and retailers, Time reports. The strongest gun safety measure passed in the last two decades was a ban on bump stocks, which happened under the Trump administration in December.

Of course, it's impossible to draw a direct comparison or conclusion between the two countries regarding their gun law histories: New Zealand's general population is a fraction of the U.S. population, and the number of guns in circulation in New Zealand is likewise a fraction of the number of guns in circulation in the United States. What's more, as Slate notes, New Zealand does not have gun rights baked into its founding document, like the United States does with the Second Amendment.

In the wake of Sandy Hook, CNN reports, the state of Connecticut passed sweeping gun reform legislation four months after the fact, including a ban on assault weapons. Obama also called for universal background checks; that has yet to happen.

In the wake of Las Vegas, the state of Massachusetts banned bump stocks one month after the fact, and the Trump administration enacted a federal ban on bump stocks 14 months after.

And lastly, following the Parkland shooting, the state of Florida passed a new law raising the minimum age to purchase a firearm to 21 years old, banning bump stocks, and, controversially, allowing some teachers to be armed under specific circumstances. This sweeping state reform was passed three weeks after the tragedy.

Following New Zealand's prompt ban on assault weapons, politicians are taking up the cause once more to push for a federal ban in the United States, as well, per The Hill. Whether the debate finally leads to federal legislation, only time will tell.