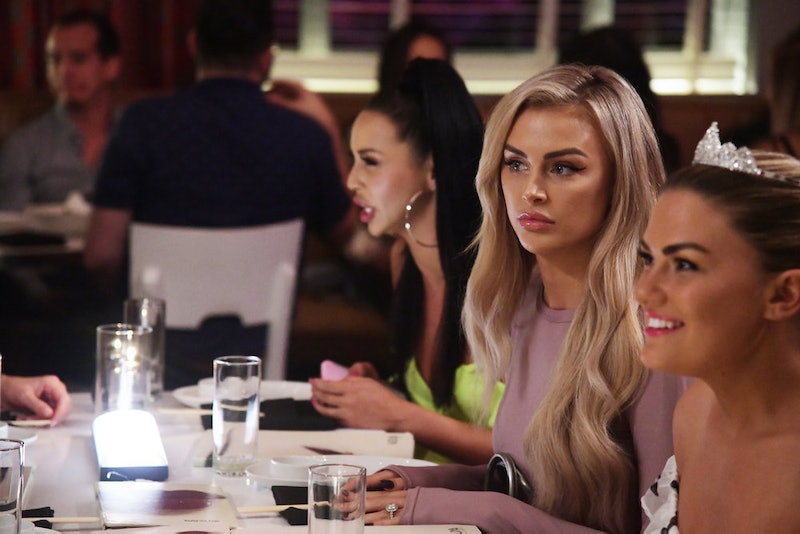 The coronavirus pandemic has upended literally everything, from school graduations to live music events, and perhaps most importantly, production on all Bravo shows. This is even true for Vanderpump Rules, which premiered before the pandemic but encountered a huge problem with the highly anticipated reunion, which is always filmed months after production wraps. Rest assured, the Vanderpump Rules Season 8 reunion is indeed happening, but you’ll have to wait a couple more weeks to watch it.

The entire cast, including all the OGs, the new SURvers, and matriarch Lisa Vanderpump, filmed the reunion remotely from their respective Los Angeles (or in many cases, Valley Village) homes, with host Andy Cohen broadcasting in from his New York apartment. As revealed by Stassi on her Straight Up With Stassi podcast, the reunion was taped on April 30, weeks after its original April 3 filming date, which was postponed due to the pandemic.

The delay in filming means that the premiere date has been pushed back as well. Instead of kicking off the reunion special a week after the finale as usual, according to Bravo’s upcoming TV schedule, the three-part reunion will now premiere on Tuesday, June 2. At least it’ll give you something to look forward to while in quarantine.

Given the show’s particularly large ensemble cast this season, you might think that the reunion will literally be just a bunch of Zoom squares that are so tiny you can’t even decipher who’s onscreen. But the reunion was actually filmed in a much more professional way than expected under the circumstances, as teased by Tom Sandoval during Watch What Happens Live on May 12. “I was so impressed with what production did,” he said. “They brought over these TVs, everything was completely connected, they rolled out paper, where to put your stools…” Even if they can’t spar in person, at least the footage will be top-notch.

According to other cast members who have excitedly teased the reunion, social distancing didn’t stop anyone from bringing their A-game — fabulous looks and fighting words included. Jax Taylor told E! News that the reunion was “more intense” than he was used to, which is saying something considering he’s always in the hot seat. Stassi was once again left “shook” by the reunion, as she said on the B*tch Bible podcast, in part because she was able to get “sh*t-faced” as production couldn’t monitor how much the cast drank as usual. Cheers to that!

More like this
Everything To Know About 'RHONJ' Season 13
By Brad Witter and Jake Viswanath
We Finally Have Some Answers To How Heather Gay Got A Black Eye On 'RHOSLC'
By Samantha Rollins
Hannah Ann Got Engaged 3 Years After 'The Bachelor' & The Proposal Was Dreamy
By Grace Wehniainen
10 Photos Of The Wildest Limo Arrivals From 'The Bachelor' Premiere
By Brad Witter
Get Even More From Bustle — Sign Up For The Newsletter
From hair trends to relationship advice, our daily newsletter has everything you need to sound like a person who’s on TikTok, even if you aren’t.