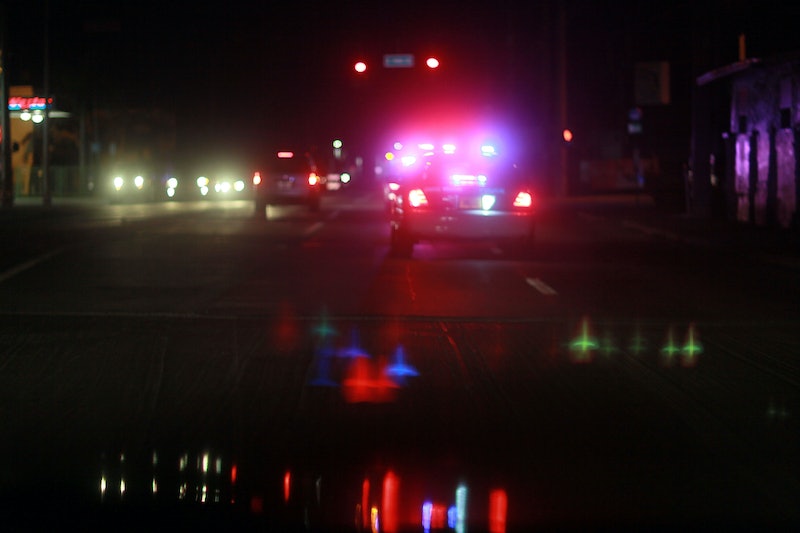 On April 12, a video of a black man now identified as Nandi Cain, Jr. being thrown to the ground and beaten by a police officer for allegedly jaywalking in Sacramento, California went viral as social media users expressed shock. The incident seems to be an example of use of unnecessary force, and more than deserves our outrage.

In a statement, the Sacramento Police Department said the officer "attempted to detain a pedestrian for allegedly unlawfully crossing the street," and that Cain, in turn, "questioned the officer's validity to stop him." It remains unclear what happened prior to the altercation to warrant such violence. Responding to the incident, the department said it does not warrant the officer's actions:

The actions of the involved Sacramento police officer are disturbing and do not appear to be reasonable based upon the circumstances. The Sacramento Police Department holds itself to the highest professional standard and the actions that were observed are not indicative of the dedicated women and men who work for the Department.

In an interview after video of his officer-involved beating went viral, Cain said he thought he was going to be "like the next Trayvon Martin":

I thought, as soon as they got me on the ground and they start putting my arms in different positions. I felt like they were going to draw a gun out and shoot me in my back or try to break my arms off or something.

His fears aren't unfounded — many of the now-infamous deaths that sparked the Black Lives Matter movement were the result of brutal police responses to other similarly minor offenses. Cain's case is also reminiscent of the violent de-planing of Dr. David Dao, the United passenger whose incident has made headlines for most of this week. Both speak to a disturbing trend of unnecessary force for relatively minor altercations between authorities and civilians.

The social media response to video of Cain's beating has been overwhelming outrage, and this case is more than worthy of such attention. Many users called for Cain's mistreatment to be shared as widely as the heavily-reported story revolving around Dao's removal from the United flight.

The Sacramento Police Department's investigation of what happened to Cain is a step in the right direction, but it does little to alleviate the criminalization of black people and other people of color.