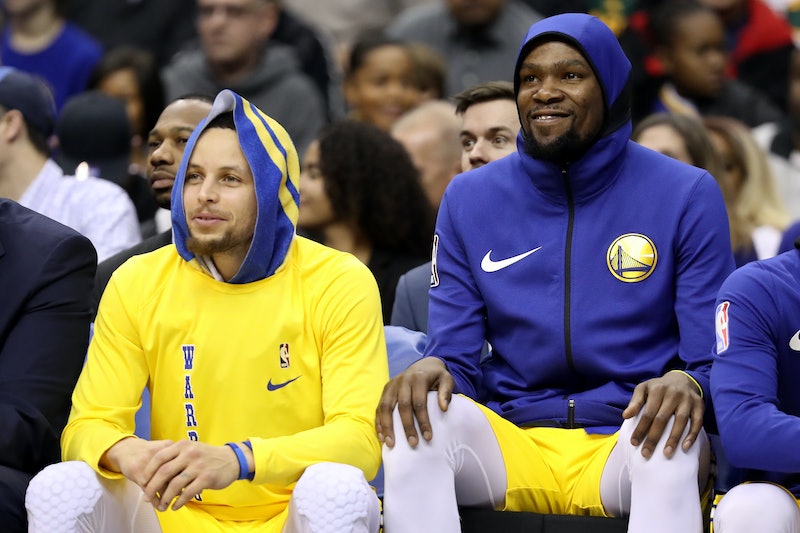 During their annual visit to Washington D.C., at least 14 players for the Golden State Warriors visited Obama, the San Francisco Chronicle reported. Photos of the Warriors team, sans coaches, with the former president began to circulate around the internet on Thursday, though the context of the hangout was not clarified. The Warriors' Draymond Green posted the photo to Instagram, writing, "Whole gang with the 44th president of the United States today. 🙌🏽"

Then, in 2018, the Warriors opted out of a visit again. According to the San Francisco Chronicle, the NBA champions instead spent their 2018 D.C. visit by taking a trip to the National Museum of African American History.

During a panel at Howard University on Wednesday, Curry spoke up about how athletes today are "unafraid to be unapologetically themselves." Curry said (via the Washington Post), “Athletes in general, especially in the NBA, guys are educated. They know what they’re talking about. They know what they believe." And that might just be why the team chose to opt out of a White House visit this year.

And there’s a reason when you say something there are headlines. People want to hear what you have to say. We shouldn’t shy away from it. We have a league that supports each other. We have a commissioner [Adam Silver] that supports us in using our voice to speak for those who can’t speak for themselves. And I think this era of athlete is unafraid to be unapologetically themselves, whatever that means.

But the criticism of Trump doesn't just end with a few Warriors players — even their head coach, Steve Kerr, is known for being outspoken against the current administration. Kerr has ripped the president for a number of policies, and even notably compared POTUS to Steve Carell's character, Brick, from Anchorman.

In March, Kerr said to reporters regarding Trump's oscillating stance on gun control, "It reminded me of Anchorman when Brick ends up on the wrong side of a fight, and he's like, 'Yeah!' They're like, 'No, Brick, you're on this side,' and he's like, 'Oh, OK.'"

Kerr has also criticized the NFL's proposed new national anthem policy, which would prevent players from kneeling during the national anthem; the policy is currently halted for the indefinite future, per SBNation. Trump applauded the initiative in May, calling it "good" for the NFL and going so far to say that any player who kneels "shouldn't be in the country."

In contrast, Kerr called the new policy "idiotic." He clarified to reporters in May, "It's kind of what's wrong with our country. People in high places are trying to divide us, divide loyalties, make this about the flag, as if the flag is something other than what it really is. ... So, it's really ironic, actually, what the NFL is doing."

It's a safe bet that neither the Warriors players nor the coaching staff will be paying POTUS a visit any time soon.