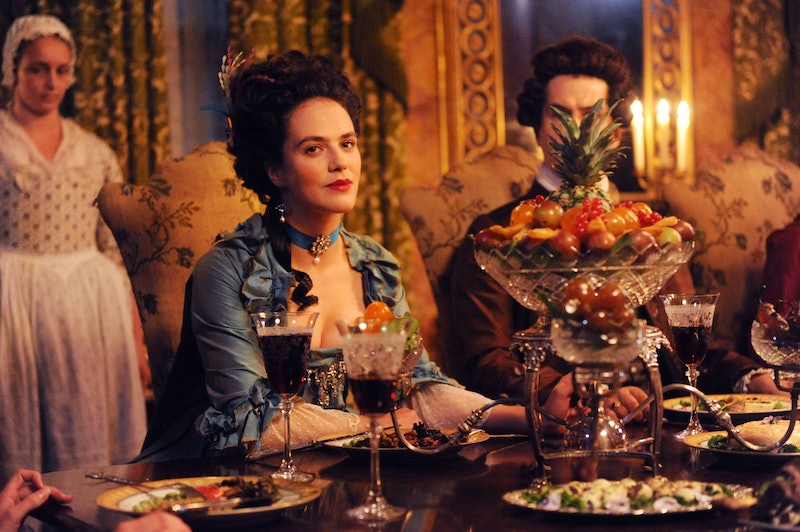 It's difficult enough for rape victims to come forward when their assailant is a stranger or recent acquaintance. When someone is raped by a spouse or intimate partner, that adds another layer of complication. To this day, many believe that you can't rape your spouse or someone you are in a relationship with, which is categorically untrue. Because of those attitudes in modern society, I found it fascinating that when Charlotte called out George for raping her on Harlots, their friends supported her.

Granted, Charlotte and George Howard's relationship on Harlots is transactional. She is his kept mistress. It's a little more complicated than a consensual sexual relationship. I also don't want to give 18th century too many props. It's not as if George was arrested or anything. They scolded him, called him a disgrace, and said "bad form" — which might be the peak of shade in London society, but it's not a real consequence.

Still, nobody questioned Charlotte. Nobody accused her of lying, or brought her profession into the conversation as a way to blame or shame her. Not a single person at that table took George's side. Maybe I've been watching too much of The Handmaid's Tale, but it was surprising and refreshing to see.

Charlotte was able to get out of that bad situation, at least for now. Who knows what will happen when she tells her mother. Margaret cares about her daughter's well-being, but this throws the Wells family into economic peril once again. Lucy can't get the hang of sex work and can't seem to find a keeper, and now Charlotte has escaped hers.

Harlots does not present a progressive or utopian world in any way. Don't forget that on another side of town, Lydia Quigley kidnaps virgins and has them raped. That said, history is not black and white, change is gradual, not always linear, and I think it's important to show scenes like this in period drama — something that Harlots continues to achieve.