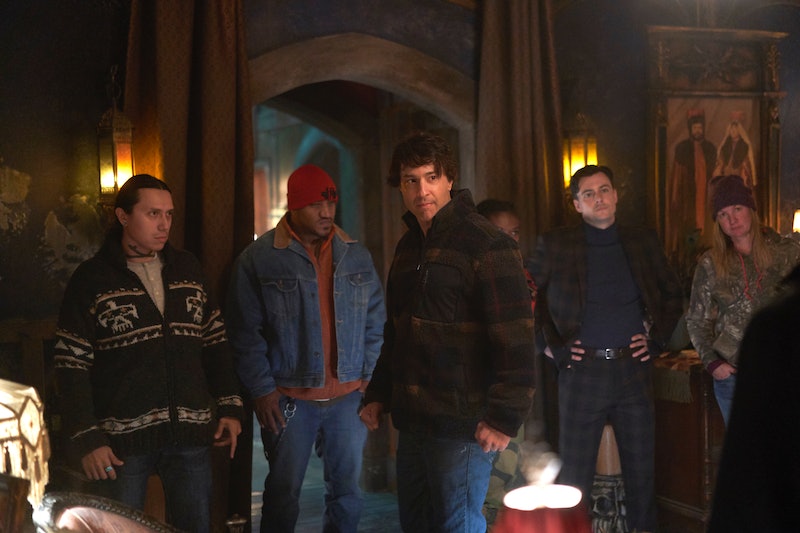 Jemaine Clement and Taika Waititi's cult movie, What We Do In The Shadows, has spawned two television series since being released in 2014: FX's newly debuted American version of the same name, and the New Zealand comedy series Wellington Paranormal. A third planned spinoff/sequel has yet to see the light of the moon. But the introduction of the werewolves in What We Do In The Shadows' April 10 episode could finally be setting the stage to bring it to screen.

Waititi — who co-wrote, directed, and starred in the original film — told Mandatory in 2016 that he and Clement were "trying to write a werewolves spinoff ... It's going to be called We're Wolves, like 'We are wolves.'" Since then, however, Waititi has been busy directing Thor: Ragnarok and helping to produce What We Do In The Shadows for FX, and it seems like the project has stalled. As of 2017, Waititi told Joe.ie that he had only completed "three pages" of a script.

Still, that doesn't mean it will never happen. Waititi and Clement talked about We're Wolves as recently as this year, while promoting the debut of the American WWDITS. Speaking at a Television Critics Association event in February, they said they were still keen on the idea. And though they didn't offer any concrete details, fans of the movie can watch a newer, crasser breed of werewolves in FX's WWDITS while they wait for We're Wolves.

One difference with these werewolves versus the others in the WWDITS universe is that they don't live by the Wellington Werewolf mantra of "We're werewolves — not swearwolves." They have no problem being vulgar. Case in point: after Laszlo discovers someone in the wolf pack has been peeing all over his garden of vulva-themed topiaries, he uses a werewolf trap to ensnare him. The pack then retaliates by wreaking havoc at the vampire's home and urinating all over their lawn.

The Staten Island and Wellington Werewolves do have one thing in common, though: an undying support for each other. The vampires in every version of WWDITS are prone to in-fighting (particularly now that the FX adaptation has introduced energy vampire Colin Robinson, who the rest of the vampires detest). But the werewolves seem to practice their pack mentality by emotionally supporting each other — even addressing inter-werewolf conflict by speaking about their feelings in a healthy manner.

If We're Wolves ever does make its way to screen, fans can expect that group dynamic to be more fully explored. Featuring werewolves that are so open and vulnerable, but who turn into literal monsters when the moon comes out, is the kind of irony that fits right in with WWDITS' dry humor. And though it seems like the werewolves of Staten Island are gone for now — after head-to-head combat, the vampires bested them with a trick — it doesn't seem like it's the last we've seen of them on the show. And hopefully, one day, they'll finally get a story of their own.