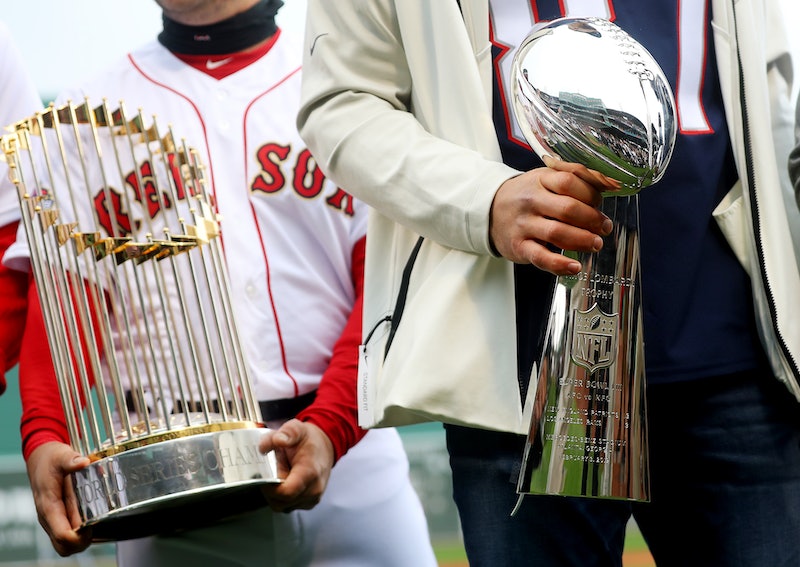 President Trump hosted the Boston Red Sox, the 2018 World Series champions, at the White House on Thursday to celebrate their momentous victory. However, in promoting the occasion, the White House misspelled the Red Sox's team name on its website and YouTube channel, drawing attention and scrutiny from those online.

As the Boston Globe noted, on the White House's website listing of live events, the team was referred to as the "Red Socks" as opposed to the "Red Sox." The paper reported that the announcement read, "President Trump Welcomes the 2018 World Series Champions The Boston Red Socks to the White House." The Globe added that the announcement also linked to a forthcoming live broadcast of the World Series celebration event on the White House's YouTube channel, where the team's name was similarly spelled wrong. The White House has since corrected the error, and both pages now show the correct spelling of "Sox."

Many on social media ridiculed the White House's error. "Wow that 'RedSocks' misspelling could imperil Trump’s chances in Massachusetts," Politico journalist Burgess Everett tweeted. Boston Globe reporter Jim Puzzanghera added, "This already controversial visit is not getting off to a good start today." Puzzanghera's tweet refers to the fact that many Sox players and coaches, including Manager Alex Cora, do not support the White House visit and have chosen not to attend the event.

Cora is the first-ever Puerto Rican to lead a team to a World Series victory. He said in a statement to Puerto Rican newspaper El Nuevo Día that he would not be attending the White House event due to what he, along with many others, believes constitutes an insufficient White House response to helping Puerto Rico recover from the devastation caused by Hurricane Maria in September 2017. As Cora told the paper, per a translated statement from CBS:

Although the government of the United States has helped, there is still a long way to go, that is OUR reality. I have continually used my voice so that we Puerto Ricans are not forgotten and my absence is not different. Therefore, at this moment, I do not feel comfortable celebrating in the White House.

As ESPN reported, in addition to Cora, a host of other Red Sox teammates have opted out of the White House visit as well. The outlet added that around 20 players plan to attend the event.

ESPN further noted that Cora says the split attendance at the White House celebration shouldn't be interpreted to mean that the team is divided. "There's been a lot of talk about what's going on tomorrow [the White House event] and the clubhouse and we're divided with race and politics," he said, per ESPN. "Those kids went out there and played their hearts out. We know who we are in the clubhouse. I know a lot of people doubt that, but we did what we did last year and canceled the noise. We showed up every day, and we played."

The Red Sox event is slated to begin at around 3:45 p.m Thursday. Ahead of its commencement, many Americans are likely wondering whether or not Trump will comment on the White House's spelling error during the festivities.