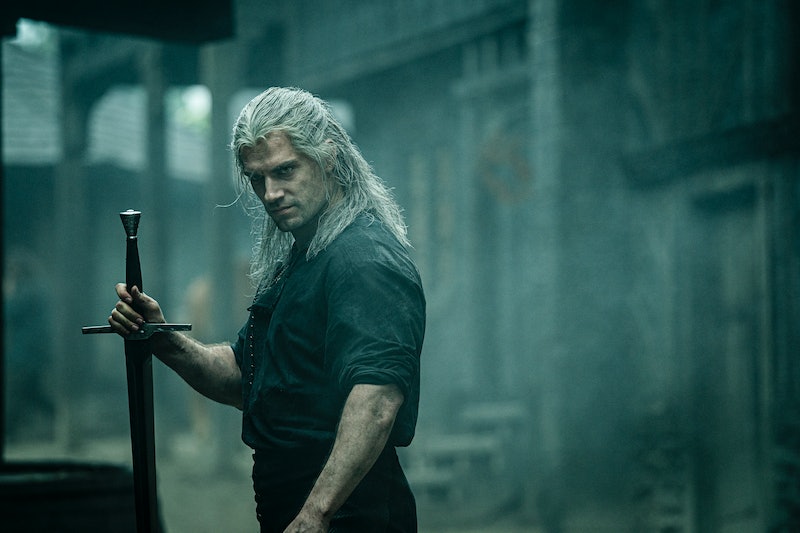 Henry Cavill may have dealt with his fair share of big bads as Superman, but in Netflix's brand new fantasy series, The Witcher, Cavill's character will take his crime fighting to a whole new level by facing off against actual monsters. However, he won't be the only recognizable actor found throughout the series. The Witcher cast is actually full of familiar faces, including alums from both Downton Abbey and Game of Thrones. And while they may not be featured in the trailers as heavily as Cavill (in all his shirtless glory), their characters will play a pivotal part in the adventures to come.

Based on Andrzej Sapkowski’s bestselling fantasy book series, The Witcher centers around three central characters whose destinies become intertwined as they attempt to find their place in The Continent. But like with any great fantasy journey, they meet plenty of interesting people along the way, though figuring out who's good and who's evil proves to be more difficult than you'd think. Here's who fans should make a point of keeping tabs on throughout the first season...

Better known as the Man of Steel in the DC Universe, Cavil has starred in numerous Superman movies, including Man of Steel, Batman v Superman: Dawn of Justice, and Justice League. He also played a prominent role on Showtime's The Tudors as Charles Brandon. Now, Cavill has traded in his cape and 16th-Century clothing for a sword and bleach blonde hair in The Witcher, where his character, Geralt, spends his days hunting monsters — and not the metaphorical kind.

Allan is a little less known than some of her fellow cast members, having only appeared in a handful of projects prior to this, including The War of the Worlds mini-series as Mary. But that's about to change with her role in The Witcher as Princess Ciri, a young girl who loses everybody she's even known in the course of one night and seeks out Geralt for help.

Yennefer serves as a crucial role in the story and has a particularly powerful story arc. Having been born with a misshapen jaw and spine, her father happily sells her off in order to be rid of her. It's here that Yennefer undergoes great personal change, becoming a powerful sorceress and eventual love interest for Geralt. She will be played by Chalotra, who's appeared in the TV series Wanderlust, The ABC Murders, and Sherwood, prior to The Witcher.

Queen Calanthe played by Jodhi May

The actor portrays Queen Calanthe in the series and is one of the few people who comes to trust Cavill's Geralt. However, if you're wondering why she may look so familiar, it's because she also popped up on Game of Thrones as Maggy the Frog, who told Young Cersei a disturbing prophecy about her future.

Haraldsson will star as Queen Calanthe's husband in the Netflix series. Prior to this, the actor has played Eric Odegard in Fortitude and Gian Paolo Baglioni in The Borgias.

Buring takes on the role of Tissaia, a powerful sorceress who takes Yennefer under her wing and helps her to craft her powers. Prior to this, Buring was best known for her role as Long Susan on Ripper Street and for playing Edna on Downton Abbey — yes, that Edna, who tried to get her hooks into sweet Tom Branson before getting fired. Let's hope she's a little more likable in this series.

Levy's credits include roles in Rome, The 10th Kingdom, Endeavour, Knightfall, and Supergirl, just to name a few. His character in The Witcher is a wise and talented druid, who serves as an advisor to Queen Calanthe.

According to RadioTimes.com, Fringilla will serve as a rival to Yennefer and have a romantic interest in Geralt. Meanwhile, Ndiweni’s screen credits include Mr Selfridge, Doctor Who, Cinderella, and The Legend of Tarzan, just to name a few.

As another attendee of the Lodge of Sorceresses, Sabrina is played by Wilson-Read, best known for her roles in Fox Trap and The Last Call.