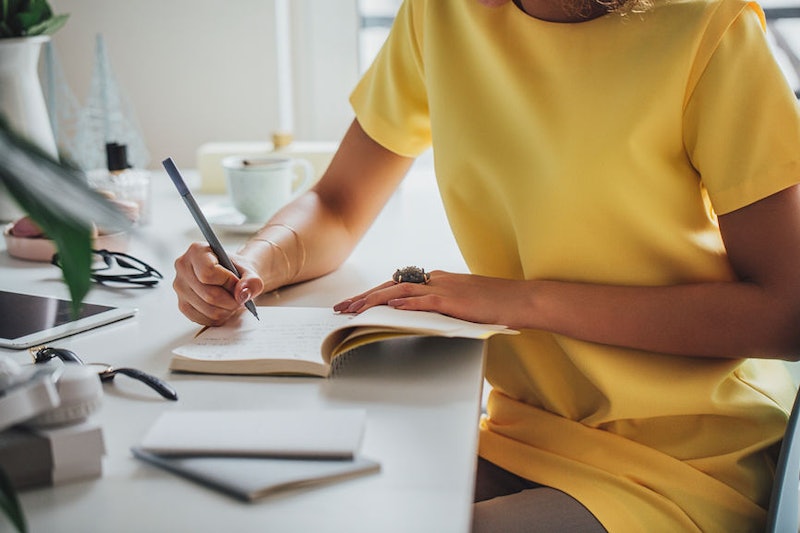 A galvanising day for female poets: the first three winners of the inaugural Women Poets' Prize have been announced, and their work is sure to motivate writers who've lost touch with their pen. The prize was awarded to Nina Mingya Powles, Claire Collison, and Anita Pati, the Guardian reports. It was established in memory of Rebecca Swift, founder of editorial advice service The Literary Consultancy, in order to celebrate "creatively ambitious practitioners who are making or are capable of making a significant contribution to the UK poetry landscape."

Powles, a poet from New Zealand who now lives in London, told the Guardian she hoped to challenge the limitations of the poetry canon, which overwhelmingly favours white European men. "Being mixed race and half Chinese Malaysian, it has been a particular focus for me to discover other mixed race poets, writers and artists," she told the newspaper. "I am trying to find a new canon of my own."

The competition was judged by Moniza Alvi, Fiona Sampson, and Sarah Howe; they selected Powles for the "incredible originality" of her work, including a poem titled "Mother Tongue // 母语" which deftly manipulates form and content. Powles is the poetry editor at the Shanghai Literary Review, according to the Bookseller, as well as the author of three poetry collections: Girls of the Drift, Luminescent, and the upcoming Field Notes on a Downpour.

London-based poet Claire Collison's work includes a show titled Truth Is Beauty; she recites a monologue while modelling for a life drawing class, exposing her mastectomy scars. One of the poems in her application, "The Ladies' Pond," depicts one last swim before a mastectomy. A visual artist in residence at the Women's Art Library, Collison told the Guardian that "the process of writing is as important as the finished poem." The Women Poets' Prize judges called Collison's poetry "mesmerising, with unusual and subtle shifts," further lauding her work for its "remarkable naturalness."

Anita Pati, who also lives in London but grew up on the northern coast, is a poet and journalist; her poem "Dodo Provocateur," part of her submission to the Women Poets' Prize, was featured in the Poetry Review. Currently working on her first poetry pamphlet, Pati told the Guardian that she worried about juggling her poetry and family commitments when the prize winners were announced. "I wondered how would I cope with some new family commitments and still find the time," she said, adding, "This is something women have always had to work out." The judges described her poetry as "full of linguistic and sonic quirk, with a great display of emotional intelligence."

The winners will receive £1,000 in cash, as well as two mentors: a poetry mentor, and a pastoral coach to support the poets in their personal lives. Mona Arshi, Isobel Dixon, and Martha Sprackland will serve as the former, while Dzifa Benson, Rachel Long, and Deborah Alma will take the latter role.

Three of the winning poems are featured on the Guardian's website; go, read, marvel. And if the desire seizes you? Get working on some poetry of your own.