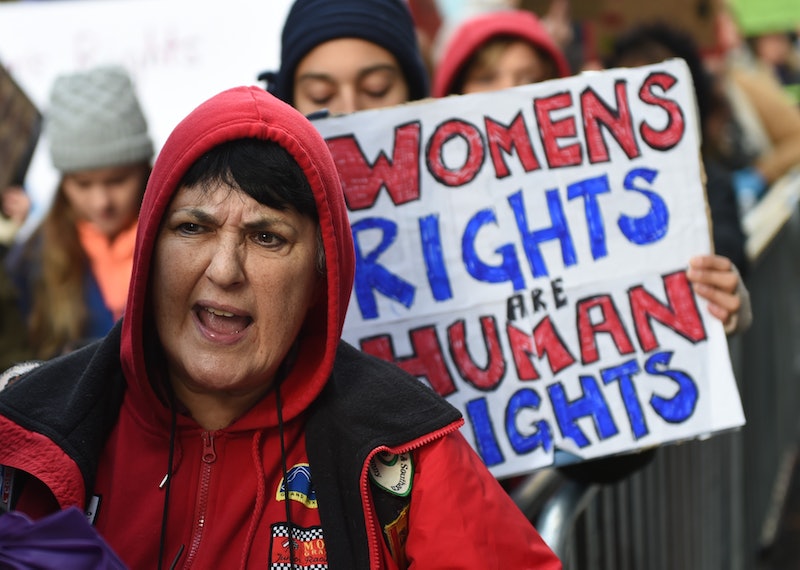 On Saturday, Jan. 21, the Women’s March in Washington, D.C. (as well as in other cities worldwide) will take place. This march is shaping up to be an iconic event — it's already been projected to be one of the biggest marches to take place within the nation’s capital. Since there will be thousands of people in D.C. for this march, what exactly is the route of the Women’s March?

Turns out the exact route has yet to be determined, but the meeting place has been made clear: the corner of Independence Ave. and Third Street. This intersection is near the National Museum of the American Indian and only a few steps from the U.S. Capitol. It's practically on the green of the National Mall, so the march will take place in the most central parts of D.C. The Women’s March is expected to have around 200,000 people participating, though officials are planning for upwards of 400,000.

Although the march is only for the day, those organizing are hoping that the worldwide protests will give those in Washington a clear message. “We are here and we are watching,” said Breanne Butler, an organizer, during an interview with the New York Times. “And, like, 'Welcome to the White House.’”

Since the news of this march started to go viral, dozens of groups have committed to getting involved. Along with the partnership of Planned Parenthood, and of course the support of Gloria Steinem, other groups, such as NARAL Pro-Choice America, the Muslim Women’s Alliance, the Trayvon Martin Foundation, Girls Who Code, and Black Girls Rock will be joining.

The march in D.C. will certainly be the largest during that day, but there are also 360 satellite locations reported to be participating, with a total of 700,000 people who have expressed interest in attending these other protests. Numerous celebrities have also announced their plans to attend, including Amy Schumer, America Ferrara, Julianne Moore, Zendaya, Katy Perry, and Scarlett Johansson.

The Women’s March is set to start at 10 a.m. EST, and will last two hours and 15 minutes, but some are saying that it could go as late as 4 or 5 p.m. No matter the timing, there is one thing that is absolutely for sure: Women will never back down.