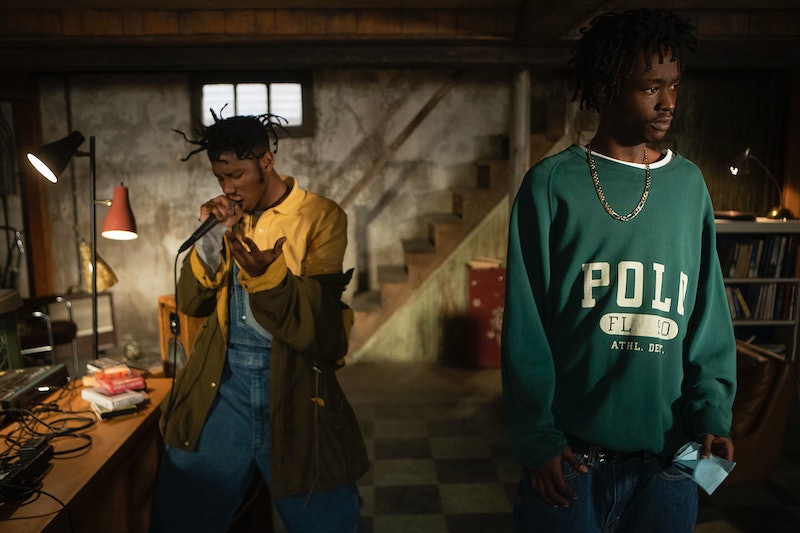 Following the success of Showtime's docuseries, Of Mics and Men, comes the Hulu show Wu-Tang: An American Saga, which is a dramatic retelling of the hip-hop group's meteoric rise to fame in 1990s New York City. The show will depict the rappers getting their start, much like the 2015 film Straight Outta Compton did with N.W.A. And while most of the Wu-Tang: American Saga cast are a bit under-the-radar, fans are sure to recognize a few faces when the Hulu show premieres on Wednesday, Sept. 4.

In addition to the cast, who look incredibly similar to the real deal, the Hulu show is being spearheaded by Wu-Tang member RZA, who created the show alongside Alex Tse. "Wu Tang is a saga. I wrote a book ... so you can read about me," RZA told USA Today. "But we don't know a lot about what Method Man was going through at a child; we don't know much about this lyrical genius ... there's an episode where we go into that world. You think about Ghostface, you think about Raekwon, [the series looks at] what makes them tick."

Here are the actors who brought the ruckus by portraying these iconic New York rappers.

More like this
An Ultimate Guide To The Music Of 'Rap Sh!t'
By Brad Witter
How Lady Gaga & Adele Are Closer To The EGOT All Of A Sudden
By Jake Viswanath
Woodstock Co-Founder Michael Lang Faced Several Lawsuits After The 1999 Festival
By Brad Witter
Selena + Chef Season 4 Was Filmed At Hannah Montana's Old Malibu House
By Jake Viswanath
Get Even More From Bustle — Sign Up For The Newsletter