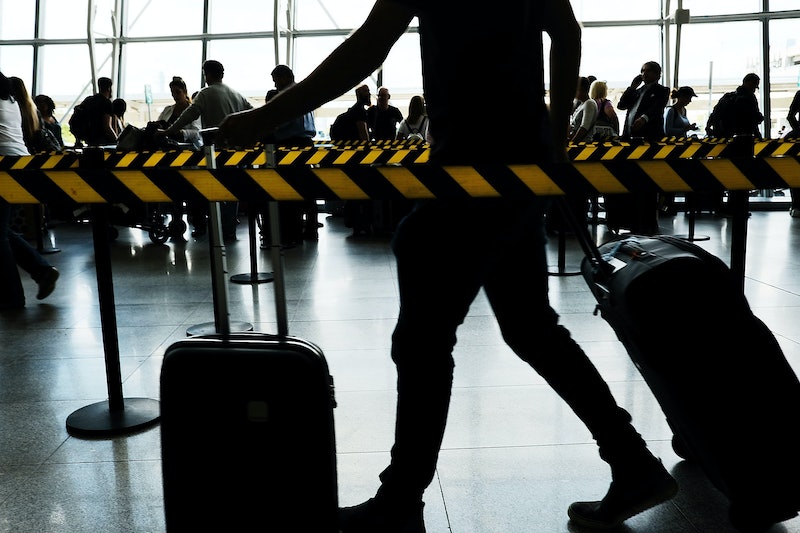 An anguished Yemeni mother will soon be able to visit her sick 2-year-old son in a California hospital, even though travel from Yemen is currently barred under President Trump's travel ban. The Yemini mom has received a travel ban waiver, NBC News reports, and will be allowed to fly to the States on an I-130 visa. She may be in the country as soon as Wednesday.

Shaima Swileh's son, Abdullah, is gravely ill with a genetic brain condition, according to NBC News, and doctors have warned the boy's parents that he may not have long to live. He has reportedly been on life support for over a month.

The current iteration of the travel ban prohibits travel from seven countries, five of which are predominantly Muslim. The full list of countries includes Libya, Iran, Somalia, Syria, Yemen, North Korea, and Venezuela.

"This is the happiest day of my life," Hassan said Tuesday in a press release by the Counsel on American-Islamic Relations Sacramento Valley (CAIR-SV), after the waiver was announced. "Just last week I was about to pull him off life support and CAIR-Sacramento Valley stepped in to help. I can't thank them enough and all those who answered the call to help our family. I want to thank UCSF Benioff Hospital for the loving care they have provided my son. This will allow us to mourn with dignity."

While Swileh will be able to join Hassan in California this week, the fight for her right to visit her son has been an uphill battle. Their case took off on social media over the last week.

“From the crisis at our border to the Muslim Ban, this administration is doing everything in its power to undermine immigrants’ rights and uphold a xenophobic agenda that tears families apart," CAIR-SV Civil Rights Attorney Saad Sweilem said in a press release. CAIR-SV is representing Swileh's case.

In a press conference on Monday, Hassan fought back tears while pleading his family's case in public. "My son, Abdullah, needs his mother. My wife is calling me every day wanting to kiss and hold her son for the last time,” Hassan said, according to The Washington Post. “Time is running out. Please help us get my family together again.”

Speaking with CNN on Tuesday, Hassan reiterated his plea. "All families, they’re supposed to be together," he said, according to CW-affiliate KTLA. "Right now, with my son’s situation, he’s facing death. I’m going through losing my son. It’s really hard for me and for my mother and for my family and my wife, too. It’s just really hard.”

The State Department has declined to directly comment on Swileh's case. However, according to multiple reports, the department can provide waivers to the travel ban when "issuance is in the national interest, the applicant poses no national security or public safety threat to the United States, and denial of the visa would cause undue hardship."