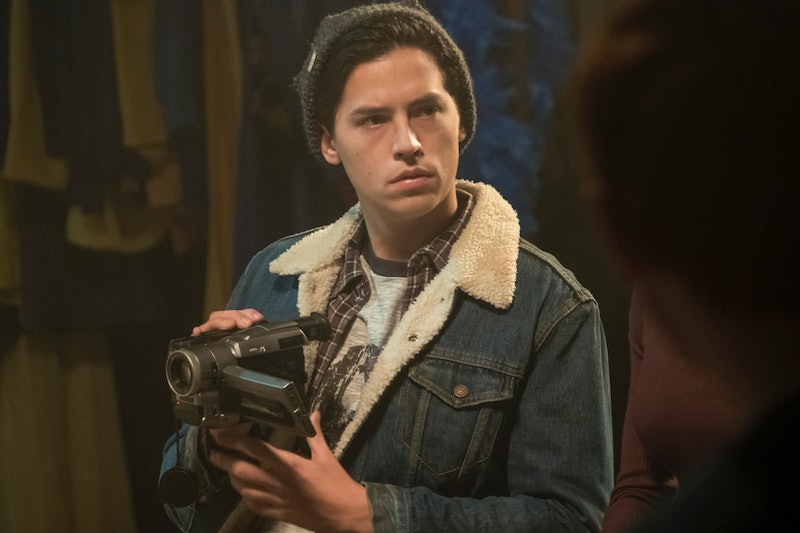 The world is full of creative story ideas, but not every idea sticks its landing the first time around. While Riverdale has proven to be one of the biggest teen dramas of its generation, it's not the first time that television has tried to bring the characters from Archie to life. In the year 1990, a television film called Archie's Return To Riverdale aired on NBC and the trailer for this '90s version of Riverdale is absolutely bonkers.

It features Archie returning to Riverdale after having graduated 15 years ago and seeing all his old friends – which isn't entirely out of the ordinary. However, Archie is engaged to a new character named Pam as if his love triangle with Betty and Veronica wasn't complicated enough, and Jughead is a super dorky father now. Meanwhile, Reggie is trying to shut down Pop's Chock'lit Shoppe, and it's up to Archie to save the town.

It's a simple enough premise, but, when watching the trailer, it's hard to deny that the tone of the entire piece is weird. Not in a fun "sexy murder teens" kind of weird like Riverdale is, but a "what were they thinking?" kind of weird. Here are just a few of the most bonkers moments in the '90s Riverdale trailer to prove just how odd things get.

Getting The Band Back Together

While Riverdale has no shortage of musical performances, the modern show has not yet given Archie the hubris to bring his friends into a band and call it The Archies. However, in Return To Riverdale, not only is the band back together — they apparently still know how to play all their old hits despite presumably not having rehearsed in 15 years.

Archie And Jughead Crash A Car Into A Gym

Archie and Jughead go on a Dukes Of Hazzard-esque joyride through the town of Riverdale. Along the way they run over a white picket fence, run into another white picket fence, and then crash through the window of a gym. Also two children, one of whom is Jughead's son, are in the backseat. After they survive the crash, Archie and a Jughead both give each other some kind of secret handshake and have a laugh before either of them think to check on the children.

Archie Is A Terrible Critic

Betty, who is trying to be a writer, musters up the courage to ask her old flame Archie for feedback on something she's writing. Archie reads the sentence "It was a beautiful sunny day for the... Easter Egg hunt." He reads this aloud in a tone that gives the indication that this is a bad sentence. Is it high art? No, but it's fine. Besides, where does the man who wrote "Sugar, Oh, honey honey, you are my candy girl" get off critiquing someone else's word choice?

Archie Has No Game

At one point in the trailer, Archie and Veronica stand about two feet away from each other, looking into each other's eyes. Archie asks, in the most matter of fact tone possible, "How would you feel if I did this?" Veronica replies "Wonderful." It is never explained what "it" is or what the context of the conversation is in the trailer.

It could be entirely innocent, but considering that the shot immediately before that consisted of Veronica shedding her jacket to reveal see-through nightwear, there may be some subtext to this conversation.

Someone Blows Up The Gym

In the only moment where Return To Riverdale dares to mirror the Riverdale of 2018, the gym that Archie and Jughead crashed into earlier in the trailer goes up in flames. The fire seems to come from an explosion of someone, meaning that someone possibly put a bomb in the gym.

Even modern Riverdale hasn't gone as far as blowing up an entire building yet. When this moment occurs, you can almost hear Jughead's voiceover describing how "even the cleansing fires of FIT gym couldn't wash away this town's dark past."

The trailer features shots of Archie and a dark-haired women that appears to be Veronica kissing. It also features shots of Archie and Betty almost kissing. Archie should not be getting married. Archie is a very bad fianceé. Are Veronica and Betty so used to Archie bouncing back and forth between their love triangle that they don't think it's weird to kiss an engaged man? Sigh.

Jughead And His Son Rap

Look, the 1990s were a wild time. Anything was possible, and that includes someone dropping a beat and allowing Jughead and his son to lay down some rhymes on the unsuspecting citizens of Riverdale. While the Jughead of Riverdale doesn't have the musical proclivities of his classmates, there's always a chance that Jughead could drop a verse on the Southside Serpents.

28 years from now, people may look back on Riverdale the way people look back on Return To Riverdale. Perhaps the sudden musical performances of the cast will be seen as ridiculous as Jughead's rap. In three decades there could be a whole new version of Riverdale on television, completely different from this goofy-middle aged comedy or a sleek teen thriller. Whatever the future holds, there's no denying that the trailer for Return To Riverdale looks kind of ridiculous no matter when you watch it. You can even buy the VHS of the made-for-TV movie on Amazon... if you dare.