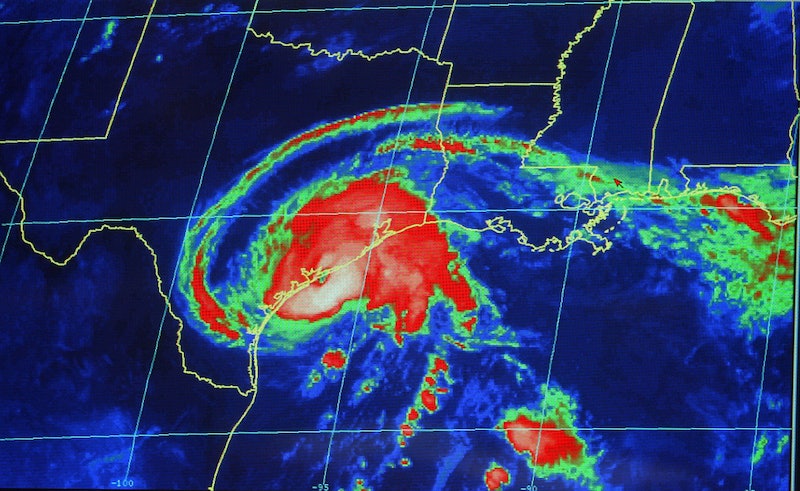 The 2017 Atlantic hurricane season began in June and will continue through November. But while Hurricane Harvey has been a devastating storm that made landfall in Texas last week and will have relief providers working to restore the area for years to come, we still need to be aware of what could happen during the rest of hurricane season. The National Oceanic Atmospheric Administration has predicted that the 2017 hurricane season will be above normal — and with that prediction comes the possibility of more storms.

According to NOAA, at the beginning of the current season, forecasters said there would be a 70 percent chance of 11 to 17 named storms forming between June 1 and Nov. 30. A tropical storm is named when it reaches a steady wind of above 39 mph. Below 39 mph, it is considered a tropical depression. Six lists of male and female alphabetical hurricane names selected by the National Hurricane Center rotate annually.

However, NOAA upgraded its hurricane predictions on Aug. 9, saying there could be as many as 19 named storms. So far this season, the Atlantic basin has experienced five named tropical storms and three hurricanes, including Harvey.

So, what might we still be in for during hurricane season?

Even though hurricane season stretches across six months, the majority of hurricanes occur in August, September, and October, according to The Washington Post. That means the next two months could see other weather systems forming into tropical storms and hurricanes.

Given that we've so far experienced eight named systems and are predicted to experience between 15 and 19, we still could have another 10 to go.

Currently, forecasters are paying attention to an area of low pressure on the southeast coast. Right now, it's being identified as Potential Tropical Cyclone 10, but could be upgraded to Tropical Storm Irma if sustained winds get high enough.

The system may be forming on the Carolina coast moving up to Virginia. The National Hurricane Center gave it a high chance of forming a tropical depression, but the chances of it turning into a tropical storm are lowering. The Carolinas and southern Virginia could see 3 to 6 inches of rainfall from the cyclone.

A second system, called Invest 93L, is currently forming off the coast of Africa. If it heads closer to the U.S. and gains steam, it has the potential to take the next name on the NOAA list — Jose.

As hurricane season goes along, we'll likely see more weather systems forming with the potential to create more tropical storms and hurricanes that will reach the U.S.

Given the above average predictions for this year, now might be a good time to make plans for evacuation or stock up on supplies in case a hurricane could travel your way over the next few months.

More like this
6 Organizations Fighting Police Brutality That You Can Support Right Now
By Syeda Khaula Saad and JR Thorpe
This Is When Netflix Is Going To Start Charging You For Sharing Passwords
By Darshita Goyal
Twitter Has *A Lot* To Say About The "Single Penalty”
By Sam Ramsden
Watch Jacinda Arden’s Devastatingly Honest Resignation Speech
By Sam Ramsden
Get Even More From Bustle — Sign Up For The Newsletter
From hair trends to relationship advice, our daily newsletter has everything you need to sound like a person who’s on TikTok, even if you aren’t.