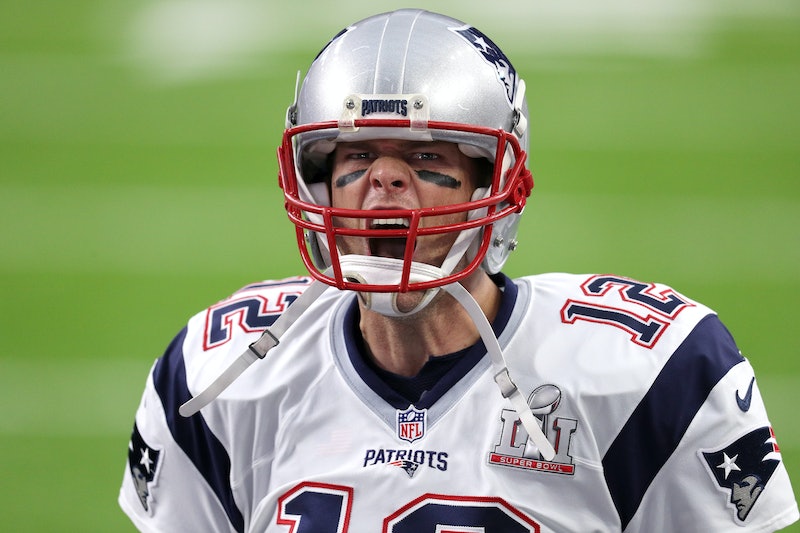 There isn't a single sports fan who can forget the 2015 Deflategate scandal, when the New England Patriots were accused of planting underinflated footballs to help them win the championships that would lead to that year's Super Bowl. With dislike of the Patriots at an all-time high due to President Donald Trump rooting for the team, people have begun creating 2017 Deflategate memes about Tom Brady, the Patriots quarterback for whom Trump has so much love.

For those who aren't as well versed in sports lore, there's no way to understate the importance of the Deflategate scandal in American football. Brady was accused of having a role in deflating footballs during the Patriots' American Football Championship game against the Indianapolis Colts to help the Pats win 45-7, and was suspended by the National Football League for his alleged role. What followed was a long and litigious back-and-forth between the Patriots and the NFL, and by the summer of 2016, Brady could have appealed his suspension to the Supreme Court had he not decided against the move. With the Patriots and Brady in the Super Bowl again, the scandal has once again become prominent on social media. Nobody knows the truth about Brady's role in Deflategate 2015, but Twitter surely has taken its stance with these hilarious memes.