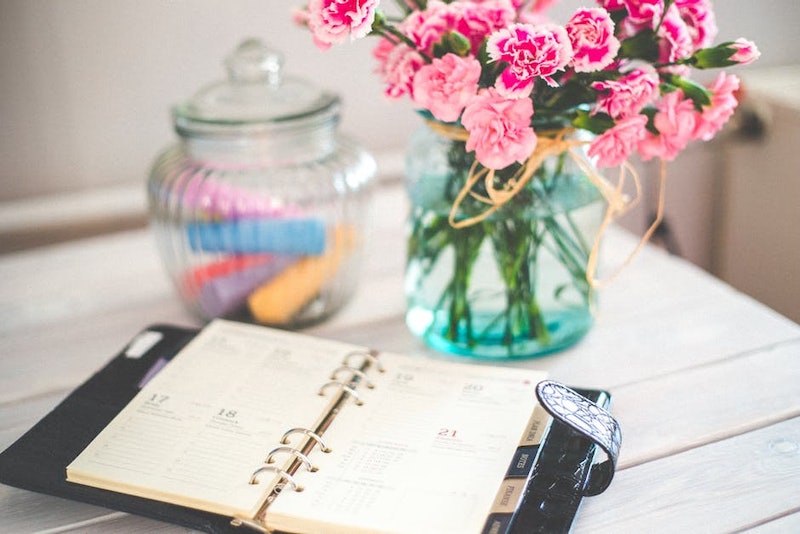 2017 is quickly drawing to a close, meaning the "New year, new me" posts online are starting to ramp up with everyone's resolutions they'll probably totally abandon by mid-February. Why is keeping resolutions so hard? There are a few specific reasons, actually, and behavioral expert BJ Fogg and his sister, Linda Fogg-Phillips, might have a solution. This simple New Year's resolution hack could mean that in 2018, you finally cut back on the cigs or make the bed every morning or quit yelling at the neighbor every time he picks up the morning paper in nothing but his boxers.

The duo developed and uses something called the Tiny Habits method, and it includes three steps to successfully creating and sticking to your goals.

The first step is to pick one small thing you'd like to improve upon. Fogg knew he wanted to start exercising more, so his tiny change was doing two push-ups every day. It might not sound significant; but having a goal you can reasonably achieve — and achieving it — is vital to the overall success of your resolution.

In fact, having huge, unreasonable, abstract goals is part of the problem with resolutions.

Let's say your goal is to get healthy. You can't measure "get healthy." You can't track it. There's no milestone or marker of progress. Breaking it down into smaller, more tangible bites means you have objectives to hit and can also gauge your progress. For example, instead of vowing to "get healthy," you might vow to drink five glasses of water a day, cut back to one can of pop a day, or cut off screen time one hour before bed each night. Science agrees that baby steps are the ticket; start small and build your way up.

Setting the proper goal is only part of your job; next, you have to follow through. That's where things start to get tricky. Why? Because we're lazy. Busy. We procrastinate and then never end up doing it. Here's the Tiny Habits solution: set a trigger.

This means you do your new habit right after something you already do. For Fogg, this meant doing his push-ups right after he went to the bathroom. If your resolution is to drink five glasses of water a day, you might take a few sips after every text, email, or phone call. If you want to go on nightly runs, you might do it right after you've finished the dishes.

By having your resolution hang on to the coattails of a habit you already have, it'll make it feel more routine, automatic, and fluid.

Connect The Habit To A Positive Emotion

Remember Pavlov's dogs? They would start to salivate whenever he entered the room, because they thought he was bringing them food; and even when he didn't, they'd still be foaming at the mouth. This is classic conditioning at its finest: an automatic response to a stimulus.

You can condition yourself to feel great about your resolutions. "Emotions create habits," says Fogg-Phillips, so it's important to attach your new goal to a positive feeling, and you'll be inclined to continue doing it. After you run, notice how satisfied you feel with yourself after having moved around a little. After you drink water, appreciate the refreshing coldness of it and how it helps you feel more awake and satiated. When you know that a habit is followed by a positive feeling (something called operant conditioning), you'll want more of it. This is likely why Fogg continued to increase the number of push-ups he did.

Importantly, don't forget to give yourself a high-five when you follow through.

When used properly, rewarding yourself can be an awesome incentive to keep pushing forward. It can be external — like taking yourself out to dinner after a day of studying — or internal — which refers to the emotions you feel as a result. Find what works for you, but know that science has found internal rewards to be more motivating.

One more note about rewards: make sure it doesn't get in the way of reaching your goal. For instance, don't reward yourself for going a week without smoking by smoking a pack of cigarettes.

Creating new habits, even tiny ones, can be challenging. Give credit where it's due.