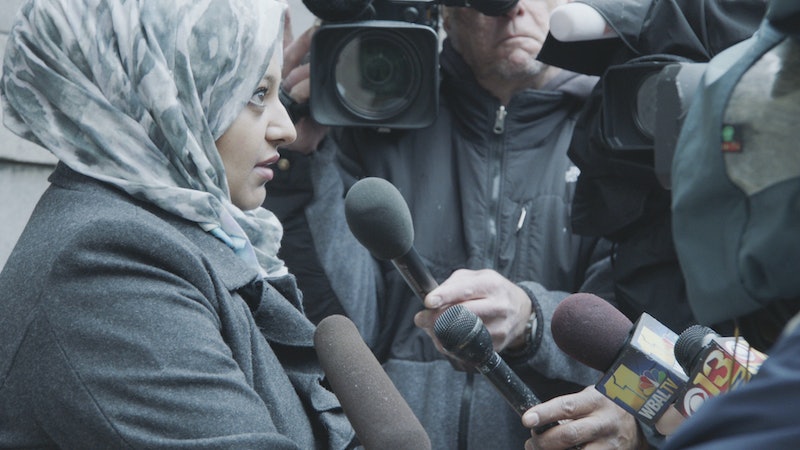 It's been 19 years since Adnan Syed was convicted for the murder of his high school ex-girlfriend Hae Min Lee, but his case has remained the subject of frenzied public interest. (Syed has always maintained his innocence in connection to Lee's death). Serial propelled the story into the national spotlight in 2014, and two years later, a judge granted Syed a retrial. However, it's been hit with several setbacks since.

After the initial 2016 ruling, the state of Maryland appealed the decision to the Court of Special Appeals, as the New York Times reported. According to USA Today, the special appeals court upheld the lower court's ruling, but the state then appealed that ruling, too. Maryland's highest court heard arguments for the case in November 2018, and ruled on Friday to reinstate Syed's conviction, CNN reported. This means he won't get a new trial after all, though his attorney Justin Brown vowed to keep fighting for Syed in a statement posted to his website.

As Serial listeners will remember, this all hinged upon whether or not Syed's original defense attorney, Cristina Gutierrez, provided adequate counsel. The retrial was originally granted because she chose not to question state expert Abraham Waranowitz about the credibility of evidence relating to cellphone towers, which "created a substantial possibility that the result of the trial was fundamentally unreliable," Judge Martin P. Welch wrote in his ruling, per the New York Times.

Gutierrez also neglected to question Syed's classmate Asia McClain, who signed an affidavit in 2000 claiming she saw Syed at the library at the same day and time the murder occurred. McClain said she contacted Gutierrez about the matter, but was never asked to testify or discuss her account further.

"We know there was an alibi witness. That witness wanted to talk to Adnan’s lawyer. She made herself available," Justin Brown, Syed's new attorney, said of McClain, per CBS affiliate WJZ. "She provided her phone number, and we also know that she was never contacted. I've been litigating this case now for 10 years. It all comes down to these simple facts — among others — that we need a new trial."

Brown also credited Serial for helping Syed's legal team to connect with McClain and start the process for a new trial. "Serial kind of shook the trees and that enabled us to get in contact with Asia McClain and bring her to Baltimore for the post conviction hearing two years ago,” he said at a 2018 news conference, according to the Times. "Serial has also helped build this groundswell of support for us and for Adnan and for the case, and that has fueled these efforts and helped us to fight on as we have."

However, Maryland's Court of Appeals said in its ruling on Friday that because of "the totality of the evidence" against Syed, there was not "a significant or substantial possibility that the jury would have reached a different verdict had his trial counsel presented the alibi witness," per CNN. It's unclear how the case will move forward from here, if at all.