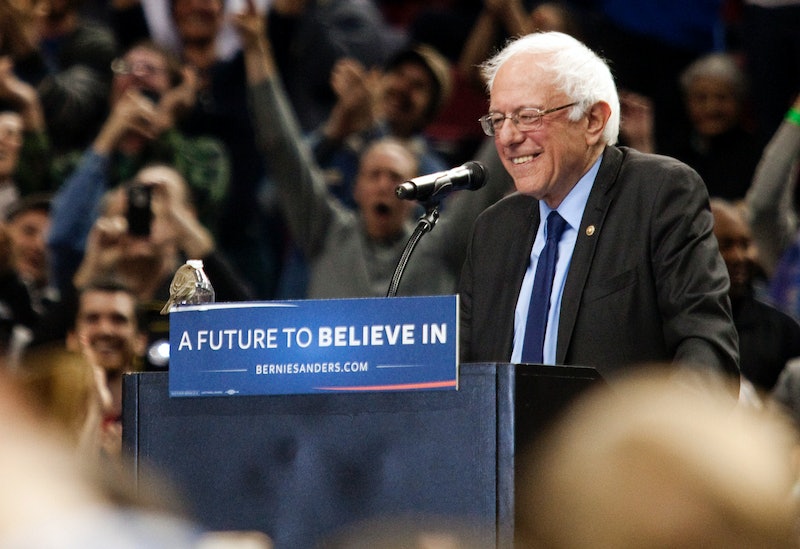 In some ways, Super Bowl LI was a mirror image of the 2016 election: After trailing for most of the game, the team widely perceived as the pro-Trump team came from behind and scored a stunning upset victory. This led to a slew of Super Bowl jokes about Bernie Sanders, with folks extending the political metaphors to account for the Vermont Senator's presidential run.

If nothing else, the mere existence of Sanders jokes during the Super Bowl illustrates that even two months later, the national ordeal that was the 2016 presidential election still resonates deeply with many Americans. The seemingly-endless nature of the campaign, wholly unconventional nature of all of the candidates, and utterly stunning outcome has made 2016 the go-to reference point for, well, just about anything that happens in the public sphere.

What's more, the trajectory of Super Bowl LI itself mirrored the campaign. The Patriots have several close connections to Donald Trump, and the path they took during the Super Bowl was roughly analogous to Trump's performance in the campaign: They fell behind early on and faced overwhelming odds — at halftime, ESPN gave the Falcons over a 95 percent chance of winning — but ultimately pulled off an upset of historic proportions, winning by the skin of their teeth.

Given all of this, it's no shock that viewers found ways to bring Sanders into the equation. Here are some of the ways they did.

A Future That Could Have Been...

Is The Coin Toss A Rigged System?

It Wasn't Just The Falcons Who Lost

Despite all of these jokes, Sanders himself has yet to weigh in on the outcome of the game. Don't hold your breath for that one.