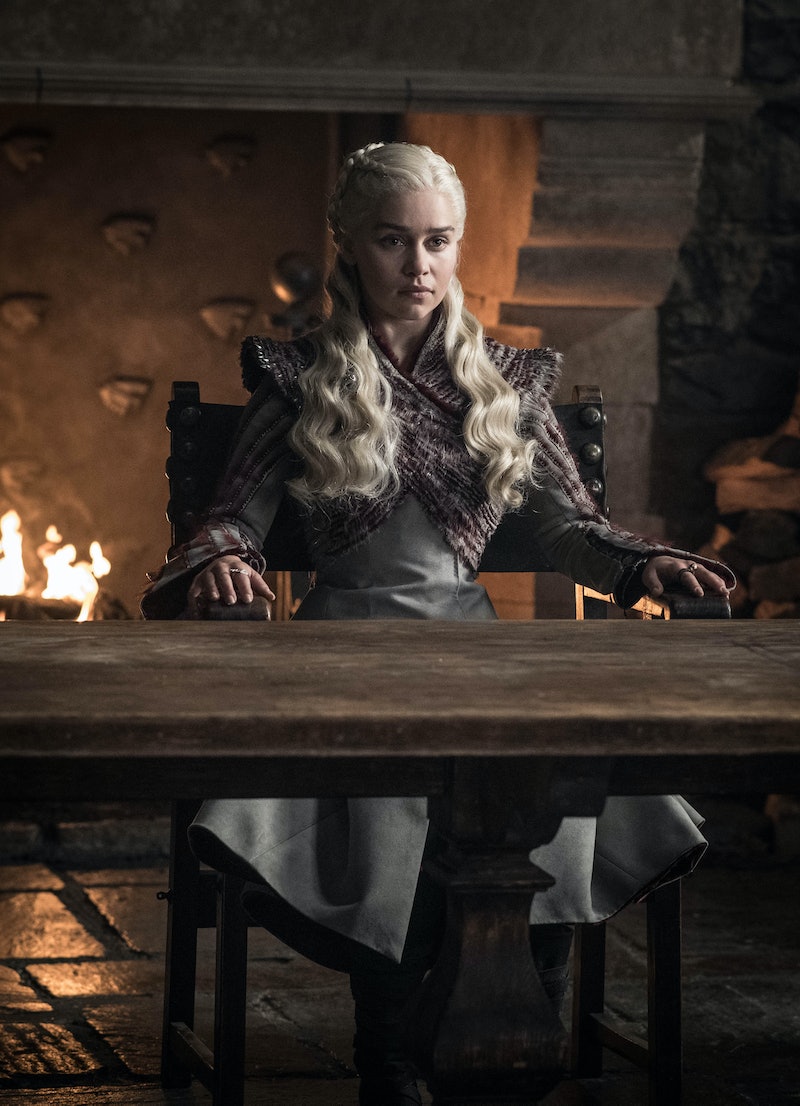 The threat of winter has been hanging over Game of Thrones like a dark, ominous cloud for years, but with the return of Season 8, that threat is about to become a reality, and the dead who walk among it take no prisoners. One of the biggest questions heading into the final chapter of this epic saga is who will live and who will die. And now, thanks to the newest Game of Thrones Season 8 teaser, which illustrates the aftermath of the Battle of Winterfell, the fate of your favorite Westeros characters is looking darker than ever before.

No actual words are spoken throughout the entire length of the 1-minute clip, but no dialogue is necessary to fully grasp the weight of what this footage is revealing. The promo shows what remains of Winterfell after the battle is over, and while no characters are actually shown anywhere near the snow-covered grounds of the Stark Castle, there are clues that suggest many of them will face a very grim fate. From Jon Snow's sword, Longclaw, lying in the snow to several other blink-and-you'll-miss-it details, there's a lot to unpack from this latest teaser, though once you're able to spot them all, you may wish that you hadn't.

But for those brave souls who want to dive into everything this clip has to offer, here are all the details you may have missed:

1. Tyrion's Hand of The Queen Pin

Tyrion has become one of Daenerys' most loyal advisors, so what is his Hand pin doing lying in the snow? Could this be an indication that he's no longer her Hand or he is no longer around to wear it?

It's difficult to tell from so far away, but that certainly looks like Arya's sword, Needle, sticking out of that pile of rubble. Arya may be No One, but what is No One without their most prized weapon?

This feather, which Robert Baratheon first placed on Lyanna Stark's tombstone during the series premiere, has popped up several times, both on the show and in promos. It seems to serve as a hint to Jon's true lineage and why the identity of his birth parents were kept a secret. But now the feather is seen falling, no longer safely in the Stark tomb. Could this indicate that Jon's secret will come out for all to see?

Does this mean that danger will befall the new Three-Eyed Raven? Judging by this cutaway shot, it seems like a strong possibility.

If this, in fact, is his gold hand, then where is its owner? The mind reels at what could've happened to the Kingslayer.

The Mother of Dragons has introduced us to some amazing fashion trends throughout the seasons, which is why it's hard to miss seeing her iconic dragon chain dangling from this wheel. Is this a clue that something bad happens to her or to her remaining two dragons?

Jon never goes anywhere without this sword, so you can imagine how panicked fans will feel to see it lying in the snow with no owner to claim it. Is it possible this means Jon is dead? The swirling snow that seems to gravitate toward it may hint that the Night King is coming to claim the weapon as his own — or perhaps Jon becomes a White Walker himself and this moment in an indicator of that?

Not to mention the newly released poster of Season 8 makes it seem like no one survives the war:

If there was ever a time to start worrying, it would be now.