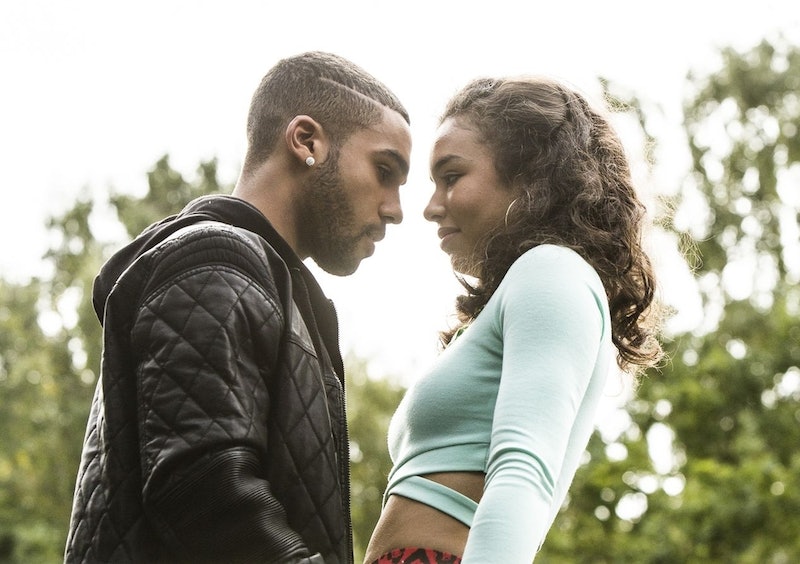 So, I have a confession to make: I love watching low-budget Black films. I find that most indie movies have some type of message that resonates with me, whether it's the realness of the storyline, the outlandish humor, or the use of stereotypes told from the Black perspective. Most of the time, these factors will result in me watching the same movies at least three times on Netflix, but hey, is that such a bad thing?

Many people look at the low-budget Black movies and think they're mostly not that great, but so many films in this category are worth seeing. Now, if you are a connoisseur of the genre like I am, then you may know what I'm talking about. But if you're not as familiar, read on, because you will get to explore the truly great Black indie scene, in the forms of movies available on Netflix.

Second Coming is a mix of drama and psychological thriller all in one. The film is about a family crisis in London where a tense situation becomes bizarre when Jackie (Nadine Marshall), who works in a social security benefits office, discovers she is pregnant. There is just one problem: Jackie and her husband, railway maintenance worker Mark (Idris Elba), have not had sex for months. It's the modern day Mary and Joseph story, but without any biblical foundation.

Biggest reason to watch: Elba. I mean, come on.

Fifty captures the lives of four Nigerian women in their 50s during the height of their careers. Tola (Dakore Akande), Elizabeth (Ireti Doyle), Maria (Omoni Oboli) and Kate (Nse Ikpe-Etim) are forced to take inventory of their personal lives and careers in the upper middle class community of Ikoyi and Victoria Island in Lagos, Nigeria. It's like an older, African Sex in the City. As a Nigerian-American, I view this as an important coming of age film for Nigerian women, because of how it explores the changing gender roles in Nigerian households. Often in older Nigerian cinema, viewers didn't get to see the lives of businesswoman portrayed on-screen, so to see Fifty feature women taking charge of their careers, sexuality and personal ambitions is refreshing.

Sergio (Eric D. Hill Jr.), a high-school basketball player who is NBA bound, his beautiful sister Jackie (Keke Palmer), and their older, untouchable drug lord brother June (Cory Hardict), face life-changing decisions as they try to make something of themselves in Philadelphia. Despite having an unstable mother, they try to live the most normal lives they can, but find themselves falling into their circumstances when Jackie falls in love with trouble.

A 14-year-old Ethiopian girl is jailed for murder after shooting a man who tried to force her into marriage. The one thing keeping her from the death penalty is a young zealous lawyer determined to save her client’s life and fight for women's equality in Ethiopia. This sad yet true story sheds light on the harsh realities of child bride stories that happen all across the world.

A lonely young nurse named Ruby (Emayatzy Corinealdi), whose husband, Derek (Omari Hardwick), is serving time, starts to question all of the decisions she has made in life. Ruby dedicates herself to Derek, whom she regularly visits by riding a bus to the prison with all the other women seeing their incarcerated men, and in doing so, she slowly starts to see she's losing herself. It becomes routine to her until she crosses paths with Brian (David Oyelowo). Brian notices the real Ruby and reminds her of what she has forgotten about herself. This movie is truly about self discovery during the hurdles love can present in life.

"Good friends are hard to find, difficult to get away from and impossible to forget." This movie is all about redemption. Four high school friends, Adisa (Sammi Rotibi), Marshall (Keith Robinson), Eric (Antwon Tanner), and Richard (Richard T. Jones), are changed forever on the night of a near-death car accident. Reunited 18 years later, they discover that their past and present secrets will change the rest of their lives and friendships with one another.

This movie is a reminder that insecurity can damage the potential we have in love. In the film, an up-and-coming sports shoe entrepreneur Steve (Mo McRae), who is still reeling from the death of his dad, has made a “November rule” in order to keep his distance from the women who seem to be getting too serious about their relationship. Every November, Steve makes up a lie in order to break up with his current boo, so he won't have any emotional ties to her during the holiday season. However, when he gives his current girlfriend Leah (Tatyana Ali) the ax, he realizes his decision has just lost him the woman of his dreams. Unfortunately, winning Leah back is harder than he thought because she starts dating a professional athlete named James Avedon (Jay Ellis).

This movie is so relatable for me, being that I am a product of Nigerian immigrants who came to another country to do better for their family. In this film, Seyolo Zantoko (Marc Zinga) is a doctor from Congo who wants to get away from the dictatorship of his country, so he asks for a job from the mayor of a small village north of France. Yet the locals of the village are highly racist and fear Seyolo and his family, as they have never seen African people before. Seyolo's family struggles to adapt to the new life, and he himself struggles to get patients. But, due to his determination to succeed and the need to support his family, he does everything he can to earn the trust of the small village.

This movie is the prime example of what it is like to live in an immigrant African family trying to make best for their future.

HoneyTrap is a drama inspired by a real-life crime of teenage love, betrayal and murder that occurred in 2009 in London. Girlhood and gang culture collide when 15-year-old Layla (Jessica Sula) contends with bullying at her new school by transforming herself inside and out and conforming to gang culture. Her journey for love and acceptance causes issues in her relationship with her mother, but also in her friendships, where her love for one gang member turns deadly. This movie is a tearjerker.

11-year-old Woody (Michael Rainey Jr.) idolizes his ex-convict uncle Vincent (Common) and gets a crash course in what it means to be a man when they spend the day together. All in one day, Woody learns how to drive a car, shoot a gun, hide a stash, lie, and even kill. This movie shows how the passing of one's culture can shape the trajectory of a boy's life in sometimes dangerous ways.

Yelling To The Sky

Yelling to the Sky follows the lives of 17-year-old Sweetness O’Hara (Zoe Kravitz) and her older sister (Antonique Smith), who deal with issues of addiction, abuse, racism, teen pregnancy, depression, poverty, and the absence of their abusive father's love. This movie is unpredictable, just like life, and it points out the fact that problems are hardly ever swiftly resolved.

The day a hit-and-run driver took the life of her little boy, Marilyn (Wendy Raquel Robinson) lost every part of who she was. Time could not heal her, love could not touch her, and her job as a church choir director could not bring her any peace. However, an encounter with a mysterious homeless man named Mozart (Gary Dourdan) changes the way she looks at the world and starts her journey of healing with forgiveness.

These movies can expand the way you think and open up your eyes to a different view on how movies are made and told. I would've never found these movies if I wasn't open to explore the genre itself. So, do yourself a favor and step out the box — it's worth it.

More like this
Twitter Is Identifying With Sally Field & Jane Fonda’s Friendship In New Viral Video
By Jake Viswanath
24 History-Making Black Women You Probably Didn't Learn About In School
By Ayana Lage and JR Thorpe
25 Inspiring Quotes From Black Women To Celebrate Black History Month
By Kyli Rodriguez-Cayro and JR Thorpe
"Lavender Haze" Star Laith Ashley Breaks Down Filming With Taylor Swift
By Jake Viswanath
Get Even More From Bustle — Sign Up For The Newsletter
From hair trends to relationship advice, our daily newsletter has everything you need to sound like a person who’s on TikTok, even if you aren’t.