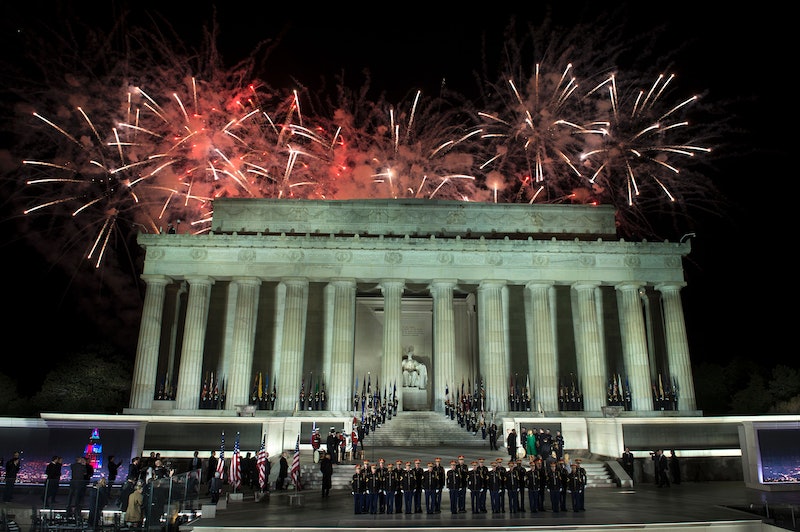 I-Day is finally here, and no matter how much you've been dreading it, the internet is here for you to make it a little easier. People from all over the world got hilariously creative with this Lincoln Memorial meme, inspired by Donald Trump's sparsely attended inaugural concert on the steps of the landmark. If you need a pick-me-up today, look no further.

The irony of Lincoln, who gave his life to bring together a divided country, watching over Trump's inaugural festivities, cannot be understated. Some supporters online have tried to draw a parallel between both of their infamously boycotted inaugurations (seven states "boycotted" by withdrawing from the Union in 1860, all of them voted for Trump in 2016). Realistically, though, Lincoln would hate everything Trump stands for. Lincoln was a self-made man with the highest regard for eloquence and little use for money.

"Possessing a warm and generous heart, genial, affable, honest, courteous to his opponents, persevering, industrious in research; never losing sight of the principal point under discussion," his friend G. S. Hubbard wrote of the future president when he was a young man. Lincoln is everything that Trump isn't, and these memes are a slightly silly but modern expression of dissonance.