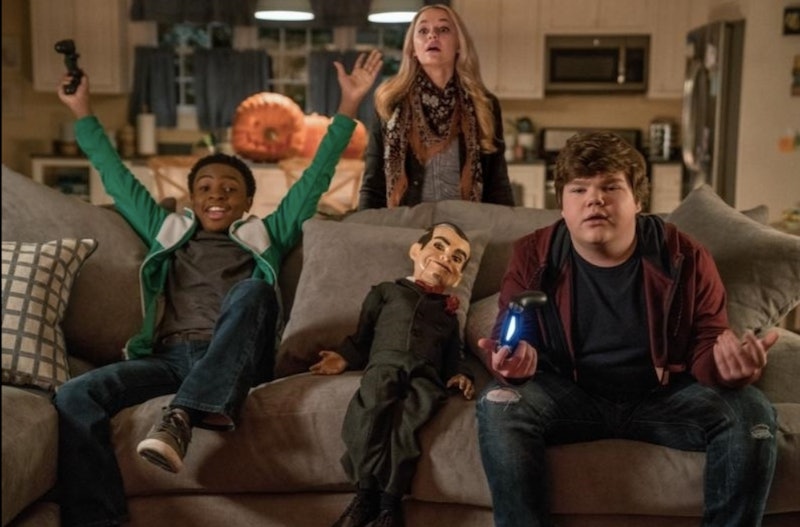 Given how Halloween evokes your inner child, October is one of the best months for nostalgic flicks. With the spooky season approaching, there are plenty of movies coming out in October 2018 that will remind you of the things that used to scare you as a kid. There's the the upcoming sequel, Goosebumps 2: Haunted Halloween, which will bring some of your favorite creepy characters from the children’s novels to life. Then there’s also Halloween, the sequel to the iconic slasher flick and yet another reason to take cover whenever someone dresses up as Michael Myers for the holiday.

But the great thing about this month is that, besides the Halloween-themed scary flicks, there are others coming up that will remind you of your childhood without evoking any fear. These, of course, include Mid90s, Jonah Hill's directorial and screenwriting debut — a coming-of-age drama about a teenage skateboarder; as well as the next chapter of Rowan Atkinson’s James Bond parody, Johnny English. And then, on the superhero side, Marvel’s long-awaited Venom is finally out, delving into the complex character’s beginnings outside of the comics.

There’s no better way to bring back fond memories of your childhood than watching movies, and luckily these new releases will evoke those.