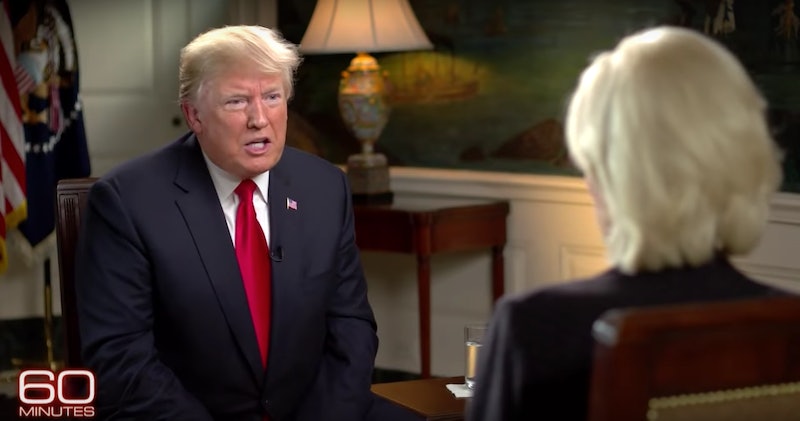 ABC may have snagged an interview with Melania Trump while she was in Africa, but CBS managed to get the president to do a sit-down on the most controversial issues surrounding his presidency right now. In an interview that aired Sunday, Lesley Stahl questioned him on a range of issues, from the UN's climate change report to his comments about Christine Blasey Ford. A handful of these moments from the Trump 60 Minutes interview are almost guaranteed to take you aback.

Trump's interview comes just weeks before November's midterm elections, where a number of congressional seats are up for grabs. Part of what will convince Americans to vote one way or the other will be Trump, his agenda, and his record of accomplishments so far, CBS News noted, as much as the local candidates themselves.

During Trump's interview with Stahl in the White House, the network found him to be "confident and boastful" while eager to tackle certain issues on the economy as well as on China and Russia. However, the president didn't provide straightforward answers to all of Stahl's pressing questions. All the same, his responses to several questions in particular are definitely worth reading if you didn't get a chance to tune into the special.