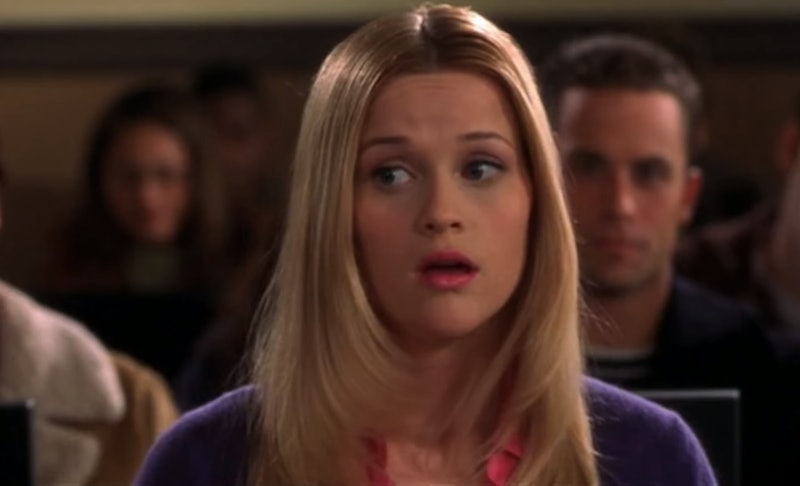 Last month, Instagram feeds were blessed when Reese Witherspoon announced Legally Blonde 3 was happening (of course, in a very Elle Woods-like fashion). Although cast members, besides Witherspoon, are being kept under wraps (if any are confirmed at all), there are a few OGs who expressed interest in returning. At Comic-Con, actors Matthew Davis and Regina King said they'd join Legally Blonde 3 if they're asked, and fans know that would be one heck of a reunion.

Davis, who played Elle's ex-boyfriend Warner in the 2001 film, told Entertainment Weekly he didn't know any details about the upcoming film, but was still super optimistic about it. "I'm thrilled, and I don’t know anything. I would love to see where the writers think Warner is at this point," he said. Davis also joked, "Without Warner, there is no Legally Blonde." He's got a point there. If it wasn't for Warner, there'd be no breakup, no revenge attendance at Harvard, and no path for Elle to ultimately thrive in the courtroom.

Although Davis didn't appear in the 2003 sequel Legally Blonde 2: Red, White & Blonde, he's got some ideas for Warner's potential return. "I would love to see something where perhaps Warner is married to a politician, to a woman who's running for office, and he's sort of like a kept man," he told EW. "And her opponent is another candidate, and the person running the campaign is Elle Woods. So it's Elle Woods driving this campaign against the wife of Warner." (Well, there's the third movie written.)

In the sequel, Elle heads to D.C. and joins the staff of a congresswoman to pass a bill to ban animal testing. King, who played congressional staffer Grace Rossiter in Legally Blonde 2, hilariously didn't even know about the third film. Still, she told EW she would join in a heartbeat. "I freakin' love Reese," the actor said. "If she asked me to come back, even if it was just for a scene, I would."

According to Deadline, the cast and story for Legally Blonde 3 is still unknown, at least to fans. The outlet reported that 17 years after the original film, most of the creative team from Legally Blonde has returned for number three, and that the process was moving rather quickly. Here's a bit of what is known so far about the general feel of the film, according to Deadline:

"It will be much in the spirit of the first film, in which Woods’ idealism and pink-dominant wardrobe prevailed over the cynicism and snootiness all around her after the freshly dumped former sorority sister heads to law school."

And the third film will reportedly have a familiar message and tone fans of the first will recognize and new fans will also love with an emphasis on female empowerment.

In terms of timeline, Variety reported that Legally Blonde 3 will premiere on Valentine's Day of 2020. Meanwhile, the Legally Blonde stage musical, which debuted in 2007, continues to tour. In addition to Davis and King, fans would probably love to see other Legally Blonde OGs like Luke Wilson, Selma Blair, Jennifer Coolidge, and Holland Taylor join the third film as well.

Although Wilson, who played Elle's love interest Emmett, has yet to comment on the news of a third film, he was rooting for this installment years ago. Back in 2015, Wilson said he was ready for Legally Blonde 3 during an interview with James Corden on The Late Late Show. Acknowledging that Legally Blonde 2 wasn't as successful as the first, the actor said, "That's why we need to do three, to win everybody back."