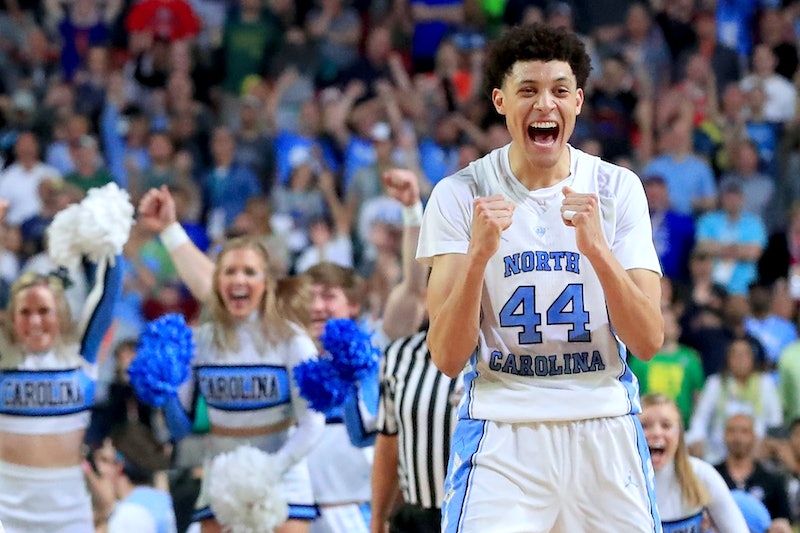 Some sports enthusiasts and hardcore NCAA fans spend hours perfecting their March Madness bracket for the chance to win ultimate bragging rights. Typically, filling out a bracket requires strategy, extensive knowledge of each team's strengths and weaknesses, and just a little bit of luck. Even then, picking a perfect bracket is less likely than getting struck by lightning. But one 12-year-old girl correctly predicted the Final Four teams who will be competing in the championship — and she did it in about eight minutes.

Sasha Anderson, a seventh-grade student from Charlotte, North Carolina, filled out a March Madness bracket for a class competition organized by her math teacher, Denzelle Lawson. This was her first time filling out a bracket, and she made her predictions based on instinct, probability, and personal intuition. For example, she picked the University of South Carolina to make it to the Final Four because her mother and grandparents attended college there, and she picked the University of North Carolina because of their great regular-season record.

The final two teams to make it to the Final Four on Anderson's list were the University of Oregon and Gonzaga. Astonishingly, this was entirely correct. And after North Carolina beat Oregon in a down-to-the-wire win and Gonzaga upset South Carolina after a close game this weekend, Anderson is still on track for a perfect bracket.

Let's just talk for a second about how incredible that is.

And according to one professor at DePaul University, the odds of guessing a perfect bracket, like Anderson is on track to do, are one in 128 billion. He even did some really fancy to math to prove it.

To put it bluntly, Anderson is basically some kind of NCAA March Madness genius (or, you know, she's just really, really lucky), and her bracket-prediction skills have astonished both social media and the math professor who initially instructed Anderson to complete a bracket.

"I had to stop and pause," Lawson told ABC News about the moment he realized that Anderson's bracket was the only one out of the 70 brackets in her class to correctly predict most of the wins and losses that we've seen thus far in the tournament.

Ultimately, Anderson predicts that North Carolina will take home the big trophy, potentially redeeming itself after last year's buzzer-beater loss to Villanova University in the championship game. On Monday, she'll find out if she's correct.

More like this
The Families Of Grenfell Tower Are Still Waiting For Justice, Five Years On
By Bustle UK
The Most Powerful Photos From The Weekend’s Abortion Rights Protests
By Melanie Mignucci
The Nike & Jacquemus Collab May Have Been Inspired By Princess Diana
By Frances Stewart
7 Expert Tips For First-Time Pickleball Players
By Carolyn Steber
Get Even More From Bustle — Sign Up For The Newsletter