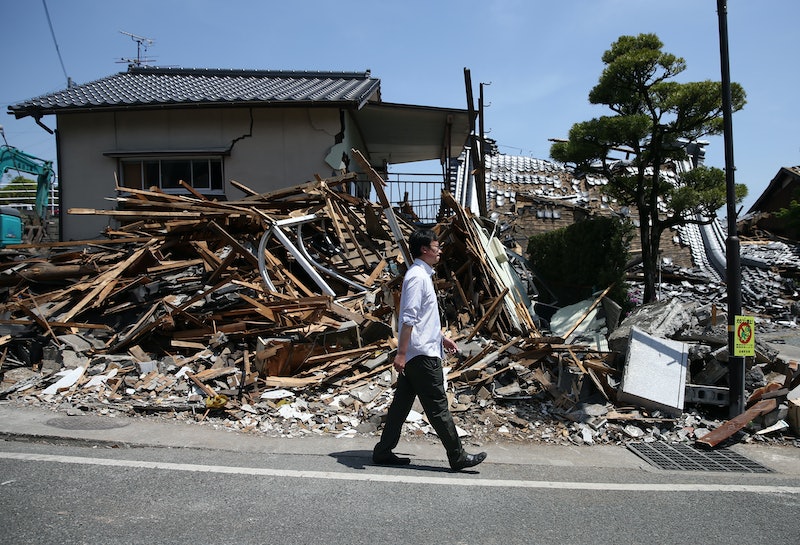 Does the speed at which Earth rotates around its axis impact life on the planet? Two geophysicists are now arguing it could, and the impact might be devastating. According to a recent study conducted earlier this year by two American geophysicists, a slight change in the speed of Earth's rotation could precipitate a spike in seismic activity, meaning we'd be in for an increase in the number of major earthquakes in 2018.

Scientists have long known that tidal friction caused by the moon's effect on Earth is gradually causing the Earth's rotation to slow. As the Earth rotates on its axis once in a roughly 24 hour period, a slowdown in rotation thus impacts the length of a day. Essentially, one day in today's modern times is slightly longer than a day experienced 100 years ago. But the slowdown — and the lengthening of days that accompany it — is hardly noticeable. According to astronomers, a day now is just 1.78 milliseconds longer than a day in 1917 would have been.

But now scientists have argued that these tiny changes to the Earth's rotation speed could have another impact: earthquakes. In a study published in August in Geophysical Research Letters, geophysicists Rebecca Bendick of the University of Montana and Roger Bilham of the University of Colorado claim to have found a correlation between changes in the Earth's rotation and seismic activity.

"The correlation between Earth's rotation and earthquake activity is strong and suggests there is going to be an increase in numbers of intense earthquakes next year," Bilham told Britain's the Observer.

In studying every earthquake to shake the Earth with a magnitude of 7.0 or greater since 1900, Bendick and Bilham found there were five different periods where the Earth experienced a noticeably higher number of these large quakes. According to Bilham, between 25 to 30 tremors with 7.0 magnitude or greater occurred in these periods compared to an average of 15 large earthquakes in other years.

"The Earth is offering us a five-year heads-up on future earthquakes," Bilham said, the Guardian reported. But Bendick and Bilham may get to put their research findings to the test next year, as the Earth entered into a slowdown period more than four years ago. If the two geophysicists' research is correct, 2018 should bring a significant increase in the number of major earthquakes.

In fact, according to Bilham, we might see 20 major earthquakes in 2018. "We have had it easy this year," the Guardian reported he said. "So far we have only had about six severe earthquakes. We could easily have 20 a year starting in 2018."

So what is it about the Earth's rotation speed that could be bringing on an increase in major earthquakes? The answer isn't completely clear, but scientists think it may have to do things happening in the Earth's core. Specifically, they think changes in the flow of molten iron within Earth's outer core may be impacting both the planet's rotation speed and the frequency of seismic activity.

While more research needs to be done and the correlation Bendick and Bilham found in their research has yet to be proved, other scientists say it's worth investigating further. "The correlation they've found is remarkable, and deserves investigation," fellow geologist Peter Molnar told Science.

But while scientists may have found a pattern that will allow them to predict periods of significant seismic activity, there's still no way to predict when or where an earthquake will happen. Still, if you live in an earthquake zone, it might be better to prepare an emergency preparedness kit now, as 2018 could be a bumpy year.