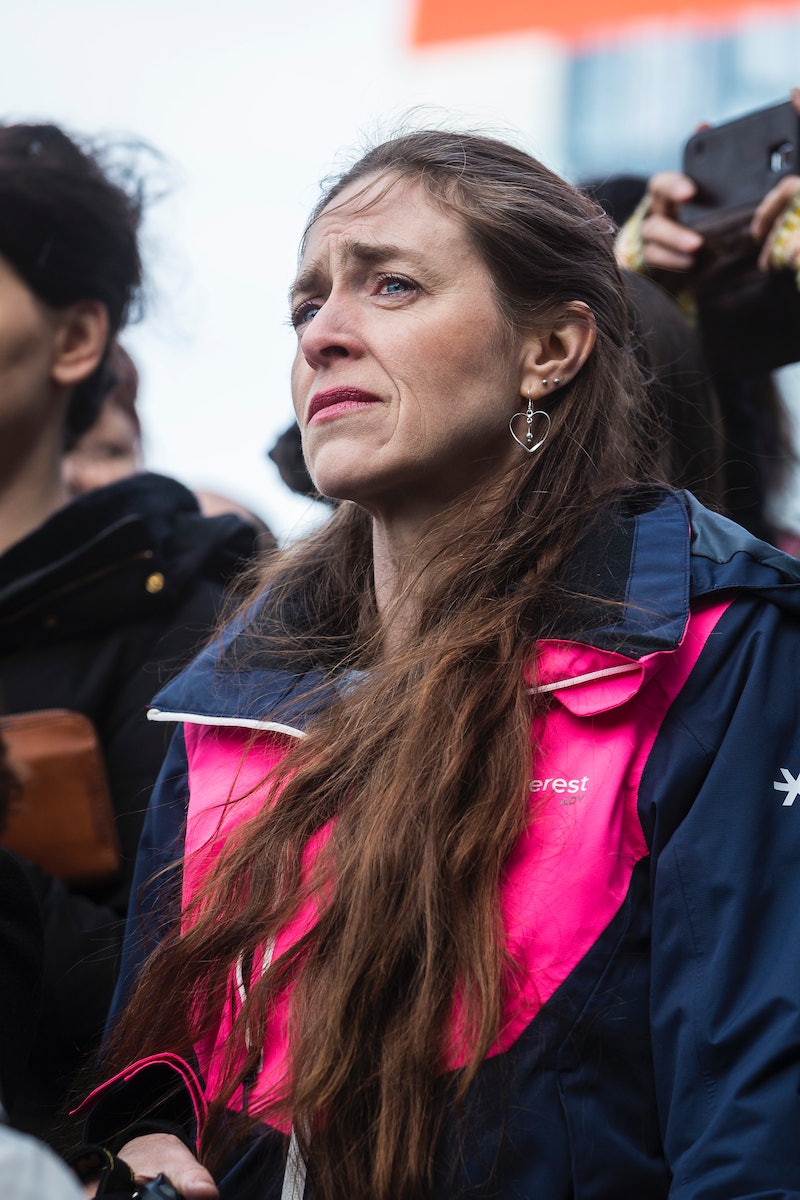 Arkansas women may soon be forced to notify their sexual partner or family members if they want to have an abortion, thanks to a provision passed in the state's 2017 legislative session. HB 1566, the Tissue Disposal Mandate, would make it illegal for a woman to have an abortion without communicating with the man who impregnated her — whether that be her husband, boyfriend, a casual hookup, or a perpetrator of sexual assault.

The new provision is linked to the state's Final Disposition Rights Act of 2009. According to that law, family members of a deceased person have say over what happens to the body.

Under the new provision, embryonic or fetal tissue from an abortion would be considered a deceased family member. As such, the woman and father of the fetus have equal say over its disposal. A teenage girl seeking an abortion would have no say because, legally, she would have to be at least 18 to exercise final disposition rights over the tissue. If the girl and her sexual partner are minors, their parents would make the decision. If he is 18 or over and she is a minor, he has final say.

"What's most detrimental about this is that they just tied it into an existing Arkansas law that talks about disposing of human remains of any person who is deceased. And that law gets very specific on who has the right to consent," says Lori Williams, Clinic Director of Little Rock Family Planning Services, one of three abortion providers in the state. "Many of the patients do not wish to involve their partner in the decision to terminate a pregnancy."

"He was there at conception so he ought to be there through the whole process," Republican Representative Kim Hammer, the bill's primary sponsor, tells Bustle. "I think that all life, from conception through birth and right up through death by natural causes, needs to be treated with dignity, respect, and also a unified approach to deal with the remains."

The American Civil Liberties Union, the ACLU of Arkansas, and the Center for Reproductive Rights filed a lawsuit in June, Hopkins v. Jegley, challenging the provision, along with three other measures that they say jeopardize women's reproductive rights in the state. Talcott Camp, deputy director of the Reproductive Freedom Project at the ACLU, tells Bustle that the involved parties filed a motion requesting the judge to block enforcement of the law while the case is pending. Currently, the provision is set to go into effect on July 30.

"In most cases, a woman has a circle of support in her decision. But, that circle should include the people she brings in — her family members, her clinicians, her faith leader, her mom. Whoever she brings in, that's who belongs there," Camp says. "The state has no business notifying anybody who she does not choose to bring into the circle of her decision process."

Abortion activists worry that if the provision were to be enacted, it would essentially allow third parties to block an abortion. While the law does not allow the sexual partner or other family members to explicitly say they want the procedure canceled, they must all agree on the method of disposal — and could go to court if their opinions clash.

Camp fears that if a woman was obligated to go to court, she could be pushed past the point where she is legally allowed to have an abortion in the state. In Arkansas, abortions are banned after 22 weeks.

"This is all happening before she even gets the abortion, because the doctor has to know he or she will be able to dispose of the tissue legally and without facing criminal liability," Camp says. "And meanwhile, time's just a wasting."

The lawsuit argues the provision is unconstitutional. In the 1992 Supreme Court case Planned Parenthood v. Casey, the court struck down a ruling that a woman must notify her spouse to seek an abortion. Arkansas' Tissue Disposal Mandate would go even further, requiring the notification of any man involved in a pregnancy.

Hammer, the bill's sponsor, says he doesn't think the law is intended to be like that. "I can't speak for judges in the state of Arkansas, but I don't see judges who ultimately have the control to make that decision applying it that way," he says when further pressed on the issue. "But I will tell you, if that becomes an issue, I'd be glad to bring clarity to that so somebody who is in that unfortunate situation isn't required to do that. I don't agree with the idea that she would have to notify who raped her."

In 2014, around 4,590 abortions were provided in Arkansas, a 4 percent increase from 2011, according to the Guttmacher Institute. In addition to the provisions set to be enacted in July, the state already has a slew of restrictive abortion measures. A woman must receive state-directed counseling that includes information to dissuade her from the procedure, as well as wait 48 hours before the procedure is provided. Additionally, abortion coverage is banned under state insurance exchange plans.

Camp says the hearing requested by the ACLU to delay enforcement of the Tissue Disposal Mandate is set for July 13. In the meantime, she encourages women to stand up against the legislation.

"They should talk to their medical providers and their family members and they should make their representatives accountable," she says. "This law is blatantly immoral because it's cruel, cruel, cruel to a woman at a time when what she needs is support and respect."