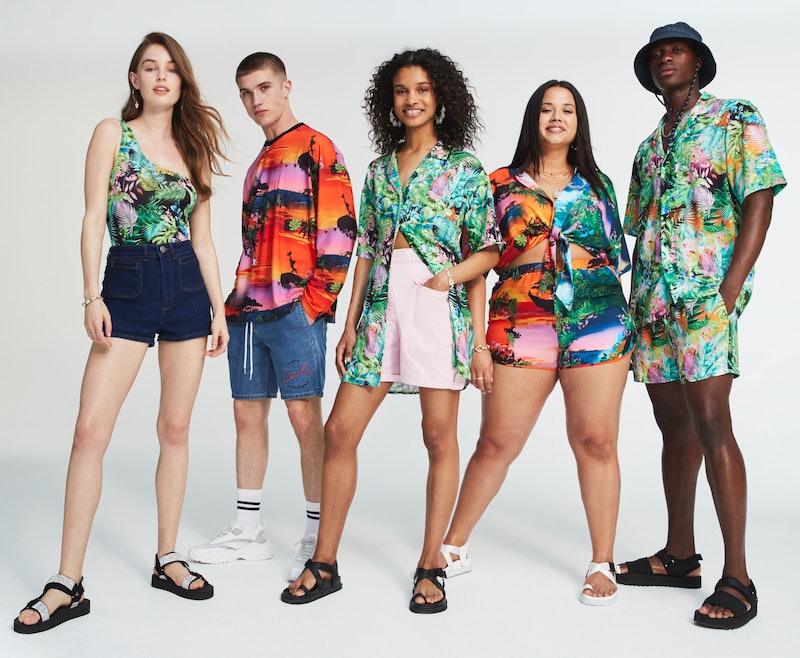 On July 19 2019, the long awaited remake of The Lion King will come to UK screens. Between the a-list cast (think Beyoncé, Donald Glover, and Chiwetel Ejiofor) and the epic soundtrack we all know and love, the hype surrounding the release has been massive. For some children, it will be the first time they have ever seen The Lion King but for the OG 1994 fans, there's now a new way that you can rep your favourite childhood film on opening night. ASOS has collaborated with The Lion King to produce some of the cutest clothes featuring your favourite characters. If you are excited for what promises to be an epic remake, then you need to get your hands on this collection.

Fans have been waiting for the cinematic remake of The Lion King, directed by Jon Favreau since teaser trailers started coming out in 2018. To mark the momentous occasion, you better show up the cinema in style, and don't worry because ASOS has got you covered.

As part of their new ASOS DESIGN X LION KING range, there will be pieces in the womenswear and menswear section, as well as unisex options too. ASOS will also be adding to their ASOS CURVE and ASOS PLUS ranges. There promises to be something for everyone with your favorite animals and motifs on from the film.

Everything about this range is bright and vibrant, just like the film. Some stand out pieces include a Zazu-inspired knit jumper for £40, while, for those that aren’t afraid to flash a bit of colour, there's a statement tropical co-ord for £37.

If you want to keep your fandom a little bit more toned down, you can opt for the unisex oversized sweatshirt with The Lion King logo embroidered on it. It looks seriously comfy and on brand.

ASOS DESIGN couldn’t have created this collection without including a t-shirt with Timon in a grass hula skirt, obviously. The cute tee will cost you just £18 and, if you want to remind everyone of one of the most iconic scenes in the film, then you can buy a top with Rafiki lifting baby Simba to the sky overlooking Pride Rock, which will set you back £22. Along with the clothes, ASOS have created some awesome Lion King accessories including a Simba-themed bucket hat, which costs just £12.

The weather outside may be pretty dull but this collection certainly isn't. You can get a multi-coloured cropped denim jacket and shorts co-ord for £90. There is also a super cute one-shoulder bodysuit in jungle print for £22 and a cropped shirt and shorts co-ord in a gorgeous sunset print for £35.

Whether you're the biggest fan of The Lion King or just need to refresh your wardrobe for summer, the ASOS DESIGN X LION KING collaboration has everything you could possibly need. It will also make you feel super nostalgic. The collection will launch on July 2 2019 and prices of items start as low as £8. So there really is no excuse to not repping some Lion King swag on opening night.