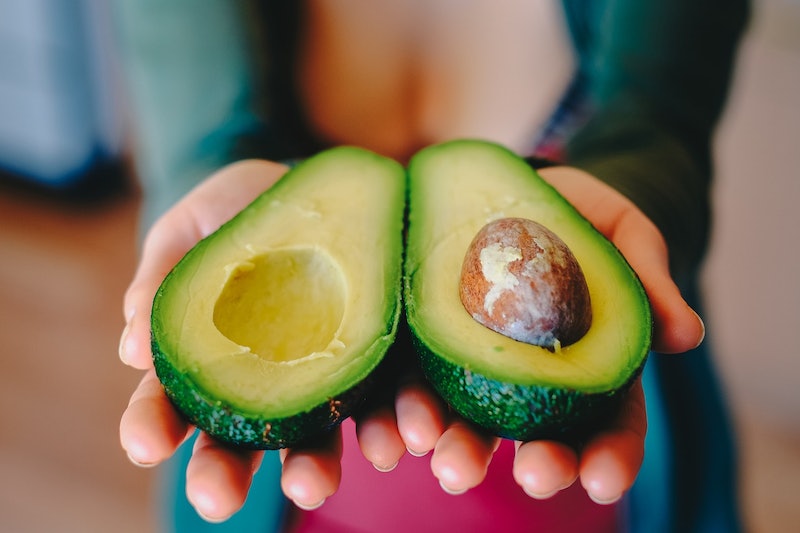 If you've never seen an avocado too beautiful to eat then be prepared to be wowed. That's right, avocado art is now a thing, and it's amazing. So much so that these intricately designed creations by Daniele Barresi, an award winning carving designer from Italy who now lives in Sydney, Australia, will change the way you look at food. Barresi is making a name for himself with artistic carvings involving a range of mediums, including fruits, vegetables, cheeses, and soaps. Needless to say, the internet is going bonkers.

According to Australian newspaper Il Globo, "When Daniele discovered the ancient art of Thai fruit carving, dating back to the 14th century, he knew that it was the answer to his dreams of combining his love of both art and food into one practice. Having honed his skills every day for two years, Daniele decided to share his talent with the world by turning to competitive carving."

I'd like to personally thank Barresi — who is only 26, by the way — for turning his flair for cooking and carving in an art form we can all enjoy on Twitter and Instagram when we're feeling sad and blue. It's makes me feel even better to read how much he loves creating these spectacular pieces.

"When I touch my knife, my mind gives up to the heart and transmits directly to the hands, giving different forms to the decorations," he said on his website. "It’s like magic.”

Here's how the magic happens.

This amazing avocado art only took him an hour to carve, according to an article Barresi authored on Bored Panda. "I started carving at the age of 7, and I describe this period like the best in my life," he wrote in the article. "I also became world champion of carving fruit and vegetables twice."

In addition to avocados, Barresi carves others fruits and vegetables as well. "I combine carving with food, such as cake made with watermelon carvings, served with many fruit tarts or banoffee tarts," Barresi told 9Kitchen.

According to Il Globo, Barresi's ultimate dream is to have his own television show where he demonstrates his skills and shows off the fabulous finished products. For now you can check out several of his creations on his You Tube channel, like this delicate papaya orchid. If you happen to be in Australia, you can take a carving class with Barresi personally. Um, can you say bucket list anyone?

"When I finish carving something, it’s like the first time. I get immediately excited," he wrote on Bored Panda. "Each vegetable looks the same but the creativity behind the art tells a story. For me, nothing relaxes me as much as when I hold my knife. It’s something indescribable."

If anyone has ever told you that your dream was ridiculous, don't believe them. Barresi is proof that you can turn your passion into purpose, and you have the power to make people see something functional as something beautiful. And, what's cooler than that?