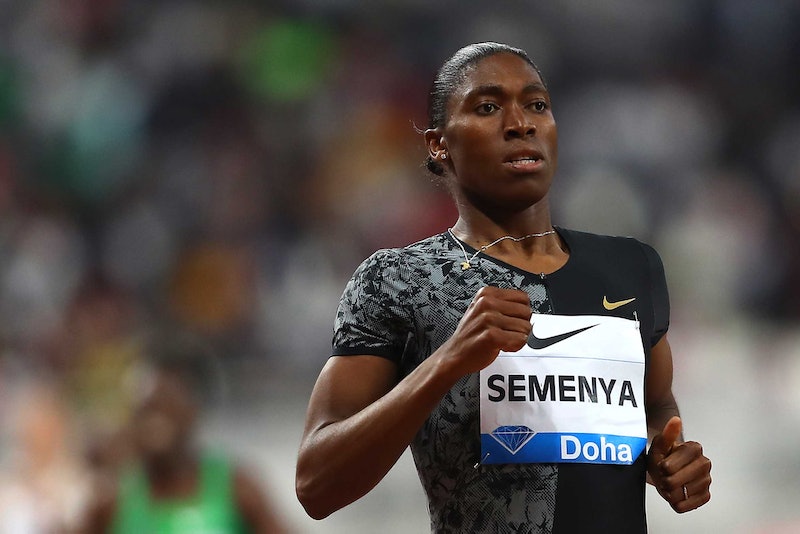 After a controversial Court of Arbitration for Sport (CAS) ruling was handed down earlier this month, the South African Ministry of Sports announced that Athletics South Africa (ASA) plans to fight back. In a statement on Monday, the ministry offered an update to the Caster Semenya ruling, arguing that two of the arbitrators were "conflicted" and that the decision ultimately ignored scientific evidence.

"The strength of scientific, medical and legal case we presented, we believe, the outcome is inconceivable on the fact," the Sports Ministry's statement said. "The facts before court and the outcome do not match."

On May 1, CAS ruled that Semenya and other non-male athletes with higher than average testosterone levels would have to medicinally suppress that hormone in order to compete in races for women athletes, BuzzFeed News reports. The ruling upheld a rule put in place by the International Association of Athletics Federations (IAAF), which oversees track events. Semenya has made clear that she does not intend to take such medication and said she felt targeted by the rule.

“I know that the IAAF’s regulations have always targeted me specifically,” Semenya said in a statement, according to NPR. “For a decade the IAAF has tried to slow me down, but this has actually made me stronger. The decision of the CAS will not hold me back. I will once again rise above and continue to inspire young women and athletes in South Africa and around the world.”

The Sports Ministry has planned to tackle the issue from more than one direction, per the body's statement. Specifically, the department said it wants to take its battle to the international diplomatic arena.

"The Minister has also directed that the Department of Sport and Recreation South Africa should work with other organs of State to intensify the international lobby and to approach the United Nations General Assembly to sanction the IAAF for violating International Human Rights Instruments," the ministry said.

Notably, even the judges who handed down the ruling agreed that the rule was discriminatory, but described it as "necessary, reasonable, and proportionate means of achieving the IAAF's aim of preserving the integrity of female athletics in the Restricted Events," according to BuzzFeed News.

The rule, as long is it stands, will not apply to every single track event, but it could force athletes to make serious decisions about their career, as well as their health. Essentially, the IAAF argued that women with higher testosterone levels had an unfair advantage over their competitors in races, per the AP. And the rule, the AP reports, would specifically impact races ranging from 400 meters to 1 mile.

But the CAS ruling said that this may only be true for races up to 800 meters, and asked the IAAF to take this under consideration. It wasn't immediately clear, after the ruling was delivered, whether or not the body would be open to adjusting its rules, accordingly.

In the meantime, the South African government has made clear that the fight is far from over. As part of its statement, the Sports Ministry asked all South Africans to join the department in its wholehearted support for Semenya's case.