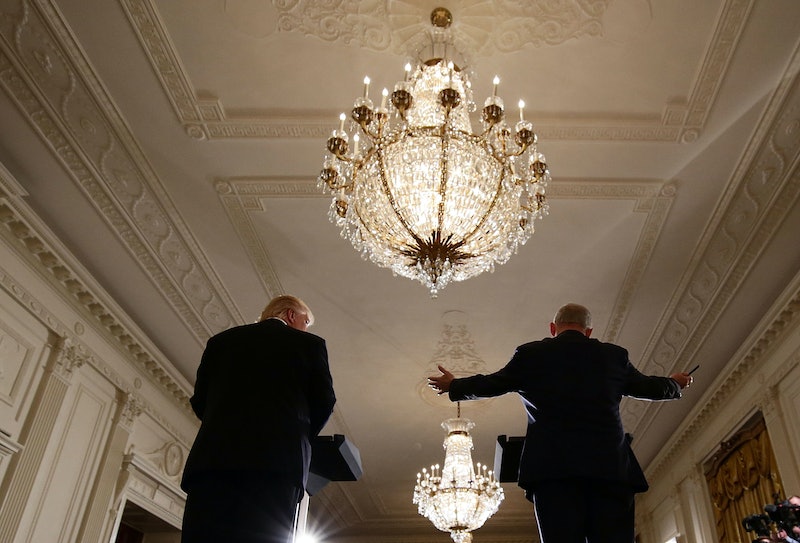 On Thursday evening, Donald Trump posted his latest self-congratulatory picture on Twitter and promptly got roasted like a nice chicken dinner. The picture, in which Trump is literally surrounded by white and mostly male people, was taken just after he signed restrictions to rollback coal mining restrictions put in place by former president Barack Obama. Though both the circumstances of the picture and the picture itself are a little depressing, these hilarious reactions to Trump's Oval Office picture almost make up for it.

In reality, the lack of diversity in Trump's administration isn't really a laughing matter. People often talk about the social importance of representation, but there are legitimate psychological disadvantages to group uniformity. Groups whose members are too similar to one another tend to make more extreme decisions and lose sight of perspectives other than the group's faster. In a country that looks less and less like this picture, that's a pretty dangerous prospect.

Hopefully, the critics calling out the homogeneity of the groups Trump highlights at the White House will have a real effect. Only by calling out problematic behavior when it pops up, then encouraging open and civil discussion, can people ever achieve real social change. Plus, these reactions to Trump's photo have the added advantage of being funny AF.