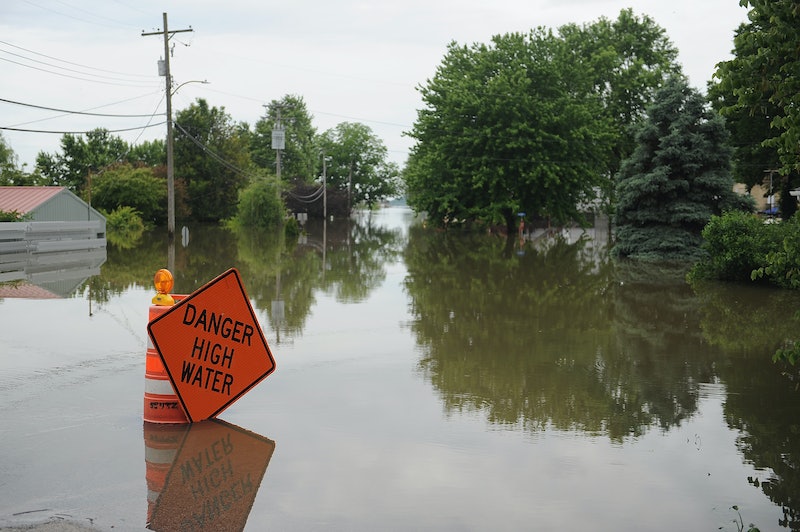 Fall officially begins Sept. 23, but we can't say goodbye to bad storms just yet as multiple weather systems threaten parts of the U.S., Mexico, and the Caribbean. Even once hurricane season ends in November, flooding is a year-round concern. You don't want to wait until you're actually under a flood watch or warning to think about a flood preparedness checklist — there are a few key steps you should take ahead of time.

It makes sense to be afraid of wind when bracing for a serious storm, but nearly 90% of hurricane deaths happen because of water, according to The Weather Channel. And since floods can develop within hours, per the National Weather Service, you can't count on having days or weeks to prepare. Flooding can have devastating consequences as well: Tropical Depression Imelda has caused flooding so severe that Texas governor Greg Abbott declared a state of emergency in 13 counties, and parts of southwestern Mexico are at risk for flash flooding due to Tropical Storm Lorena.

Even if there aren't any current flood threats in your area, you can start preparing for the worst-case scenario. If you live in an area that's flood-prone, here's what you should do to get ready for inclement weather.