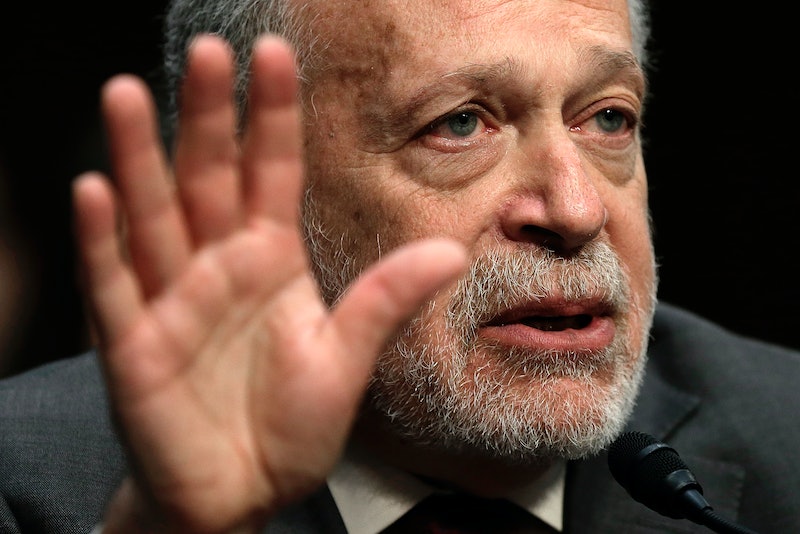 Given the left's animosity toward President Trump, it's no wonder that progressives have been itching to impeach him since, well, before he even took office. Though it's entirely possible that Trump will get impeached at some point, we're a long way from that, and a former labor secretary thinks Trump's impeachment depends on just one question.

"The question is no longer whether there are grounds to impeach Trump. The practical question is whether there is the political will," Robert Reich said Thursday. However, he also added that "as long as Republicans remain in the majority in the House (where a bill of impeachment originates), it's unlikely."

And he's absolutely right. It's true that Trump could have clearly committed at least one impeachable offense (although perhaps not five as Reich asserts), and it's equally true that the House of Representatives is very unlikely to begin impeachment proceedings long as Republicans control the chamber.

Reich claims that Trump is guilty of at least four, and perhaps five, impeachable offenses. According to Reich:

Reich also asserts that if Trump colluded with the Russian government during the campaign in an attempt to win the election (a claim which both Russia and Trump have denied), that would amount to treason, which is obviously impeachable. However, Reich acknowledges that this hasn't been proven yet.

I'd quibble with some of Reich's reasoning. Although Trump's baseless accusations against Obama are completely inappropriate, I'm not sure why they amount to being "unfaithful" to the Constitution. Trump's comments about the press are certainly concerning, but he hasn't actually taken action to prevent the media from publishing whatever it wants. And while the travel ban is awful in more ways than I can count, there were many Muslims who weren't excluded under the policy — such as those from Saudi Arabia, Egypt, the United Arab Emirates, Indonesia, and several other countries. The Russia scandal, meanwhile, has plenty of smoke, but not quite enough fire to demonstrate treason.

However, all of that is irrelevant, because regardless of what you think of those other examples, there is a very strong case to be made that Trump is in violation of the Emoluments Clause. For proof, look no further than case of the Chinese trademarks.

For a decade, Trump has been seeking a trademark of his name in China for use in operating construction businesses there. China refused — until November 2016. Just three days after Trump won the presidential election, China granted Trump preliminary approval for the trademark. In February, after Trump took office, that approval became final.*

This would seem to violate his lawyer's pledge that there would be "no new foreign deals" for the Trump Organization once he took office. But never mind that: Far more seriously, Trump's acceptance of this trademark — as well as the 38 other trademarks the Chinese government granted him weeks later — would seem to also violate the Constitution.

"China's decision to award President Trump with a new trademark allowing him to profit from the use of his name is a clear conflict of interest and deeply troubling," Sen. Dianne Feinstein said in a statement. "If this isn't a violation of the Emoluments Clause, I don’t know what is."

Trump is already being sued by several Constitutional lawyers over this. For his part, he has denied having any conflicts of interest. But will the House impeach him? So far, that looks extremely unlikely as long as Republicans control Congress. Republican lawmakers have been stubbornly resistant to oppose Trump on much of anything so far, even in the light of the extremely concerning ties between his team and the Russian government. And there's no reason to think that will change any time soon — because he's their guy.

The upshot, as Reich points out, is this: In order for Trump to get impeached, Democrats need to win the House. On the one hand, that's going to be difficult, especially given how gerrymandered the country is. On the other hand, Democrats now have an easy slogan for 2018: "Elect us, and we'll impeach Trump."

*The approval came just days after Trump agreed to accept China's position on the legal status of Taiwan, leading some to suggest that this was a quid pro quo. However, it may have been a coincidence: The preliminary status of Trump's trademark approval was set to expire three months after it was established, and that timetable was set long before Trump took a position on Taiwan.