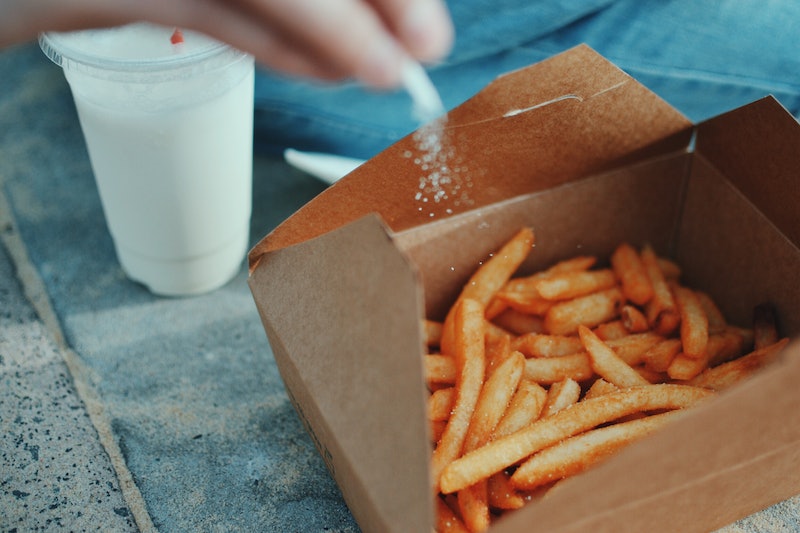 Of all the things I expected to type today, “controversial French fry ranking” was not one of them — but, well, here we are: A controversial French fry ranking has been making the rounds on Twitter this week, and it is tearing. The internet. Apart. It seems that people have very strong feelings about French fries, and they are not at all shy about expressing them. Which, I mean, is fair; fried potatoes are serious business, after all. But I’m talking two houses, both alike in dignity, breaking from ancient grudge to new mutiny-level conflict — that’s how dramatic it all is.

At the center of this intense disagreement is an infographic. The funny thing is that it isn’t even a new infographic; purporting to rank all the styles of French fries that exist in the world, it was originally created and published by foodie site Food Republic in March of 2016. After Twitter user @CriminelleLaw tweeted it over the weekend, however, it received a new lease on life… although if infographics were sentient, I’m not really sure this one would be celebrating its resurgence. It would probably just wish that everyone would leave it alone and stop yelling at it.

You see, @CriminelleLaw was spot on with the message accompanying the infographic: It is, indeed, the most controversial ranking many of us have ever seen on Twitter. Behold:

Indeed, this infographic seems to have awakened a depth of feeling about a common foodstuff many were probably unaware that they even had. For days now, the battle has been raging hot and fierce, with alliances between fellow fry lovers being broken as quickly as they were first made.

Out of all the thoughts and opinions that have emerged from this unexpectedly epic debate, though, what I’ve been most surprised about is where my own tastes lie on the spectrum of fry-worthiness. I’ve written about a good deal of controversial topics over the years, but apparently my most contentious opinions are the following: I actually quite like tater tots (it’s a texture thing), and given the choice between sweet potato fries and regular potato fries, I will always, always pick sweet potato fries.

It seems that I am very much in the minority on these two points.

To be fair, I can understand the anti-tater tot sentiment that seems to run so strongly through this intense discussion; they’re kind of like that really terrible movie you keep watching over and over again, despite the fact that you are deeply aware of how bad it is. Tater tots are trash, and I love them anyway. The vehemence leveled against sweet potato fries, however, is a little more difficult for me to parse, because sweet potato fries are delicious.

Apparently that is just me, though. Very well; I shall own it.

For what it’s worth, the ranking’s creator, Jess Kapadia, acknowledges the ranking’s controversial nature; indeed, it’s apparently had a troubled life since the very beginning. “I’ll admit that I put waffle fries as my first pick. [But] our editorial almost went so far as to change the final result because he just doesn’t have that kind of love for waffle fries,” she said to the Daily Dot. “We had as much conflict among ourelves as we’ve seen in the comments, both when it originally posted and now. I had chef friends spamming my Facebook page alternately with praise and hate.”

For those who are curious about what exactly is wrong with the ranking, here is a small but colorful selection of arguments people have made against it:

Smiley Faces Are The Ringer Of The Bunch

There Have Been Some Grave Omissions

Why limit yourself to one when you could have all of them?

But Really, This Is Where We're All At Right Now:

Head over to @CriminelleLaw's original tweet to see the astonishingly massive thread it's since inspired. Agree? Disagree? Maybe we should... all just agree to disagree? I don't even know anymore. I think I need to go lie down for a while. It's all just too much.