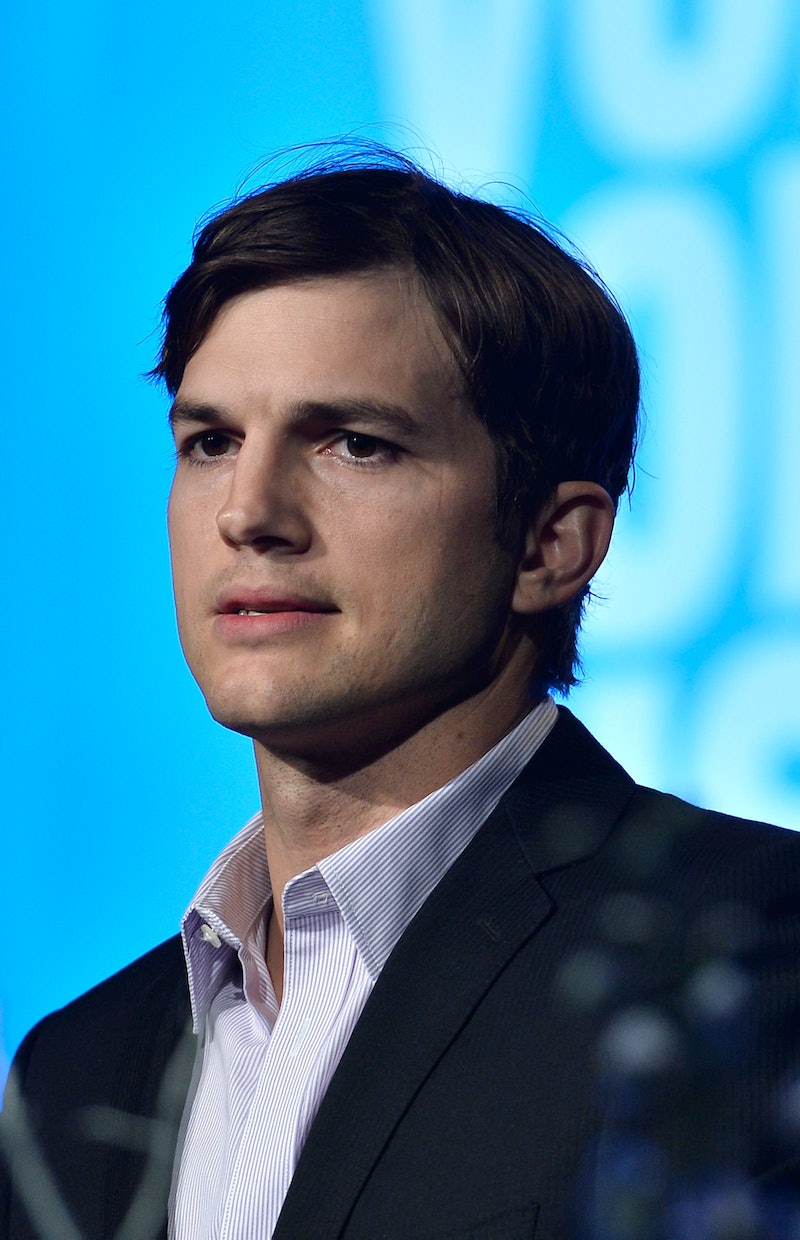 If 2016 set records for "Things No One Thought Could Happen" then indeed happening in real life, it seems 2017 is on a serious bender trying to outdo its immediate predecessor. We've seen a sitting president tweet about reality TV show ratings and ask for prayers to be sent Arnold Schwarzenegger's way. We've witnessed the gas lighting of reality, replaced by "alternative facts," a term that will surely be in the running for "2017's Word of the Year." And now, believe it or not, we've seen Ashton Kutcher blow Sen. John McCain a kiss on the Senate floor. I'd say we've seen it all, but 2017 is only six weeks young, so there's a lot of time yet to see plenty more of the astonishing.

While appearing to testify before the Senate today, Kutcher was greeted by McCain in a light-hearted way not seen enough these days in politics. McCain thanks Kutcher for coming, then says, "Ashton, you were better looking in the movies." The room loves it, and both McCain and Kutcher laugh as well. Then Kutcher responds by blowing a silent kiss to the senior senator from Arizona, and it is utterly surreal. Simultaneously, this little moment feels like exactly the kind of thing needed to restore one's faith in humanity (and friendly humor).

You may yourself be wondering, "Why is Ashton Kutcher in the Senate at all?" And the answer is that the 39-year-old actor is there to testify about how to fight child sexual exploitation. If that sounds like quite a noble cause for someone who first came to fame in a little flick called Dude, Where's My Car?, then might I just remind you that we are living in 2017, and therefore, all things really are possible. Kutcher runs Thorn, a tech company devoted to ending the sexual abuse of children, particularly in its online iterations. He was slated to speak at the Senate Foreign Relations Committee hearing entitled "Ending Modern Slavery: Building on Success."

The camaraderie on display between Kutcher and McCain is a welcome respite from the usual and expected partisan throw downs to which we are now accustomed. And it may come as a surprise to many who only know McCain as the somewhat staid 2008 Republican presidential nominee, but the Vietnam War veteran has quite the reputation as a jokester. That witty and jovial side was on display Wednesday, and gave the world the indelible picture of Ashton Kutcher blowing the 80-year-old senator a kiss.