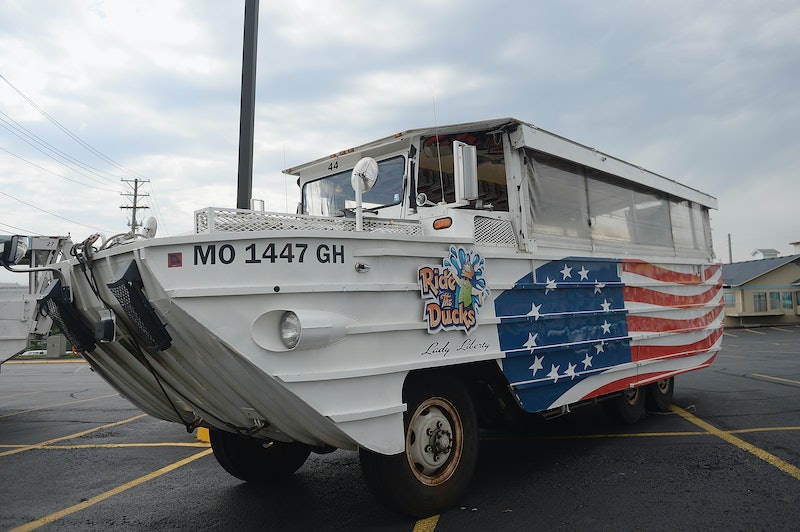 Thousands of people have come together to help a duck boat survivor who lost nine family members in last week's deadly accident. A GoFundMe campaign for Tia Coleman, one of the handful of people to survive the capsizing of a tourist duck boat near Branson, Missouri, on Thursday, has raised hundreds of thousands of dollars since its launch.

Nine of Coleman's family members were among the 17 people killed when rough weather caused a duck boat to capsize and sink while giving tourists a tour of Table Rock Lake. The Indiana woman had been on vacation in Missouri when she and 10 of her relatives decided to take a duck boat tour.

"Keep us in prayer. We are going to need it," Coleman told reporters from the hospital on Saturday, according to Reuters. "Going home is going to be completely difficult. I don't know how I am going to do it. Since I have had a home, it has always been filled with little feet and laughter."

Coleman told reporters that she believed she would have been able to save her children if there had been life jackets. "The biggest thing that stood out to me is, no matter what, I felt like if I was able to get a life jacket I could've saved my babies," Coleman said Saturday, according to NBC. "Because they could've at least floated up to the top, and somebody could have grabbed them. And I wasn't able to do that."

Earlier in the week, Coleman had told FOX59 that the captain of the duck boat had told passengers they wouldn't need life jackets and thus didn't need to worry about grabbing them before boarding the vessel. "However in doing that, when it was time to grab [the life vests], it was too late," Coleman said. "I believe that a lot of people could have been spared."

In recounting the accident, Coleman said Saturday that she hit her head on something while trying to escape from the sinking duck boat. "When that water came over the boat I didn't know what happened," she told reporters. "I had my son next to me, but when the water filled up the boat... I couldn't feel anybody, I couldn't see. I just remember [thinking], 'I've got to get out, I've got to get out.'"

Coleman said she prayed for her children to be saved as she fought her way up toward the surface of the lake. "As I was swimming up I was praying, ‘Lord, please let me get to my babies, I've got to get to my babies," she said.

Of the 31 people aboard the duck boat, only 14 survived.

More like this
Read Dan Levy's Heartbreaking Message After The Club Q Shooting
By Stephanie Topacio Long
What To Know About Martin Bashir After Watching 'The Crown'
By Bustle UK
Iran Has Issued A Death Sentence Over Mahsa Amini Protests
By Catharina Cheung, Darshita Goyal and Maxine Harrison
Here's The Role Lady Susan Hussey Played At Buckingham Palace
By El Hunt
Get Even More From Bustle — Sign Up For The Newsletter