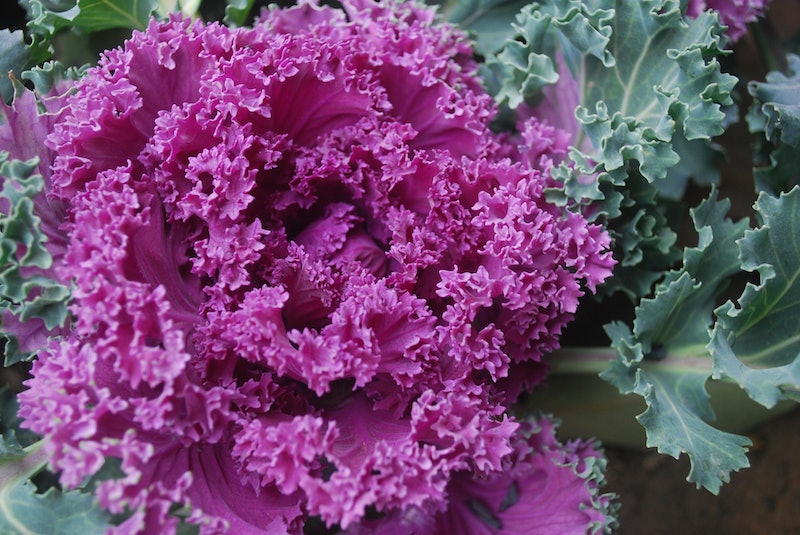 It's not unusual to give your bae a bouquet of roses to show you care, but one guy gave his girlfriend kale thinking it was flowers and his adorable blunder unintentionally won him the Best Boyfriend Award. The mistake is quickly going viral on Twitter and may be the sweetest... and healthiest mix-up to date. If roses are a symbol of love, I wonder what is kale's romantic meaning?

Houston, Texas couple Jailyn and Jamarcus had been dating for about a year when Jamarcus decided to do something special for his GF. "I was sleeping and he woke me up by knocking on my window. I went to go open the door and he had the lettuce in his hand with a big smile," Jailyn told Mashable. "I just started laughing so much. After, I hugged and kissed him. He didn't [know] what it was until I told him it was lettuce. My mom was right by the door and she was laughing, too, but she also thought it was cute." Since Jamarcus had picked up the vitamin-packed plant from his job at the warehouse, he didn't realize that it was not a flower. To be fair, the kale is pretty darn purple.

Jailyn decided to share the highly nutritional mistake with the world, tweeting "My boyfriend brought me this thinking it was a flower but it's lettuce" on May 22, and the cuteness practically broke the internet. In just three days, Jailyn's post has been retweeted nearly 40,000 times, and has gained over 150,000 "likes."

The aforementioned lettuce is actually frilly purple kale, but even commenters on Twitter seem to be confused about the difference between the two leafy greens. To clear things up — Kale is part of the Brassica Oleracea family, which makes it closely related to broccoli, cabbage, and cauliflower, while lettuce falls under the daisy or sunflower family. Ironically, if the bouquet he brought had been lettuce, it wouldn't have been too far off from a flower.

Some Twitter commenters believe Jamarcus may be on to something aesthetically:

While other users believe his choice is way more original than flowers:

Regardless of whether it's kale or lettuce, it's the thought that counts, right?

And Twitter is getting a little emotional about it:

Jamarcus may secretly be a floral genius, as the "veggies as flowers" trend has been popular in the bridal world for years now, with all kinds of decorative edibles being worked into bouquets. If the couple ever decides to take the plunge, adding a kale leaf or two to their arrangements would be the most precious callback ever. You know what they say: when life gives you lettuce (or kale) make a salad!