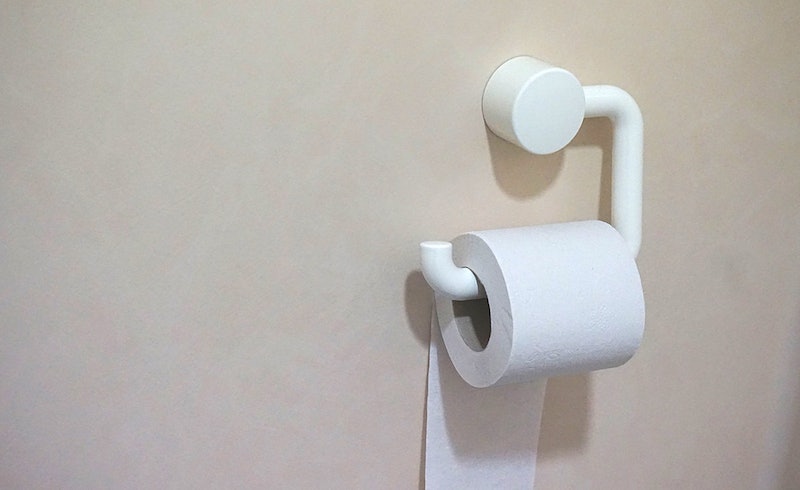 Poop. While not everyone loves talking about it, everyone does it. Maybe you haven't spent a lot of time thinking about pooping, and that's OK because scientists are doing that for you. A new study of the hydrodynamics of defecation reveals just how long it should take to poop. The answer is 12 seconds. The study, published April 25 in the journal Soft Matter (yes, that's its real name) revealed that all animals great and small get the job done pretty quickly, and for good reason. The smell can attract predators, which could make some animals targets for others that might want to eat them.

"If they stay longer doing their thing, they’re exposing themselves and risking being discovered,” Patricia Yang, a mechanical engineer at the Georgia Institute of Technology in Atlanta, told New Scientist.

The abstract of the study in Soft Matter notes that in general the physics by which feces are discharged remain poorly understood, hence the study, which could support clinicians’ use of non-invasive procedures such as defecation time in the diagnoses of ailments of the digestive system.

With two dogs and two cats, my roommate and I spend a fair amount of time talking about poop.

Why is there no poop in the litter box; did the dogs eat the cat poop? Did George poop on the floor overnight because (well-meaning) people are feeding him junk food at the office again? Are those stray cats still pooping behind the garage? Are there enough matches in the bathroom for when the humans poop? Oh poop — we're out of poop bags! You get the idea.

Maybe you think we have too much time on our hands, but an animal's pooping patterns can reveal a lot about its health. As part of the study, Yang and her colleagues filmed elephants, pandas, and warthogs at a local zoo, as well as one team member’s dog in a park, as they relieved themselves. According to New Scientist, these animals all produce cylindrical feces, just like humans, which is the most common kind among mammals, regardless of the animal's size.

Here are all of the gory details about pooping, because, admit it, you really want to know. New Scientist reports that consistency across animal poop boils down to length and mucus. The length of poops studied were fives times as long as the diameter of the rectum in each of the animals; and the mucus layer in the colon (think of your colon as a big runny nose inside your body) plays a big role in the amount of time pooping can take.

"It’s more like a plug that just goes through a chute,” Yang told New Scientist, adding that larger animals have more rectal mucus, which facilitates quicker expulsion. Animals become constipated when the feces absorbs the mucus.

Without the mucus to provide lubrication, a human applying no pressure at all would take a year and a half to empty their bowels, Yang told New Scientist. “It would be shortened to six hours if you apply maximum pressure, but I believe you’d still need to see a doctor."

But, wait, there's more. The team of scientists also analyzed videos on YouTube of animals pooping. Let's stop to ask ourselves a question. Why are there so many videos online of animals pooping? Apparently poop is a much discussed and filmed topic; maybe these people are the ones with too much time on their hands. Additionally, scientists also defined two kinds of poop: floaters and sinkers.

According to New Scientist, floaters are lighter than water, which is why they float, and are generally produced by pandas, and other herbivores like elephants and kangaroos because they eat low-nutrition, high-fiber foods, and expel much of it in undigested form. I liken this to a human eating too much fast food, and imagine the results would be the same.

Sinkers are produced by large carnivores like bears, tigers, and lions who consume heavier, indigestible ingredients, including fur, and bone.

If you're wondering what the ratio of food you consume to poop you expel is they covered that too. Yang said animals consume an average of 8 percent of their body mass in food, and expel 1 percent of body mass in feces.

Additionally, on a trip to South Africa a few years ago, I learned a lot about the poop of the rhinoceros. Our guide explained, as he picked up the rhino poop and sifted through it with his fingers, that this animal's poop was surprisingly clean because it mostly contained undigested plants. He then invited us all to smell it. Because these animals are wild and eating an all-natural diet versus a mass produced meal of chemicals and hormones he assured us the poop was not harmful to us.

On another day we had a dung spitting contest where broke into teams, put pieces of dried impala dung in our mouths, and tried to see who could spit it the furthest. Because I am a team player I did it. I guess I can check that off my bucket list.

Why do you need to know all of this stuff about poop? According to New Scientist, the research can help determine digestive problems. The scientists fed their findings into a mathematical model to determine defecation times for various problems in the digestive system.

"If it’s taking far longer than 12 seconds, I’d say you should go see someone about it,” Yang said in the interview. “But you can’t count the newspaper time.”

So there you have it! Because, science is real, and everybody poops.