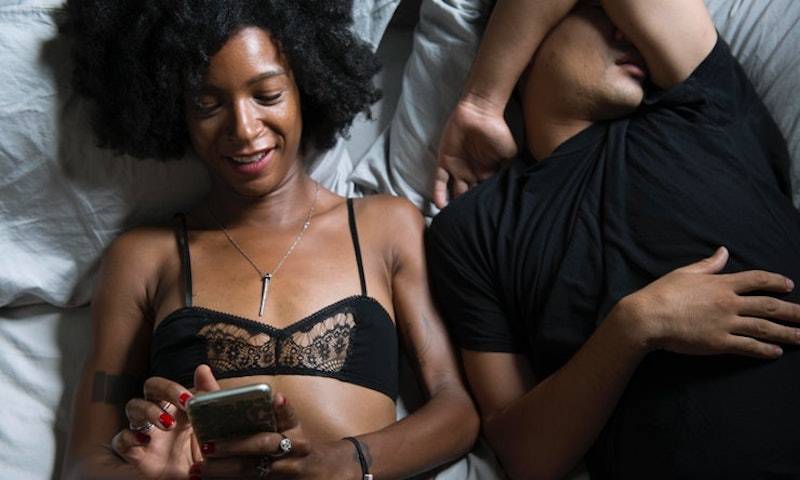 The CDC analyzed data from the latest National Survey of Family Growth study, which surveyed 5,500 people from 2015 to 2017, according to CNN. The CDC found that 65 percent of women ages 15 to 49 reported using some method of birth control at the time they were interviewed, says CNN, which is up slightly from 61.6 percent from 2011 to 2015. It should be noted that the survey used binary language and did not mention birth control use among nonbinary or transgender people.

The method of birth control also varied by education level, with tubal ligation increasing as education levels decreased, the CDC reports. Conversely, the use of the birth control pill increased in women with higher levels of education, says the CDC. Tubal ligation is a permanent form of birth control in which the fallopian tubes are cut, tied, or blocked to permanently prevent pregnancy, according to the Mayo Clinic. While today, it's one of many birth control options people can choose to use, in the past it has been used as a method of forced sterilization, mainly against people of color, people living in poverty, and disabled people, according to the Public Health Review.

The CDC does note in its findings that not all people use birth control to prevent pregnancy. According to WebMD, the hormones in the various methods of birth control can help regulate a person’s menstrual cycle, treat painful periods, manage the symptoms of endometriosis, manage the symptoms of polycystic ovarian syndrome, and more. That’s why birth control is a health care need for so many people. Without it, they wouldn’t be able to manage chronic medical conditions.

The CDC’s latest report shows that not only are people using birth control, but they’re using it at higher rates every year. And as more birth control options come out, the more people will be able to choose what works best for their bodies.