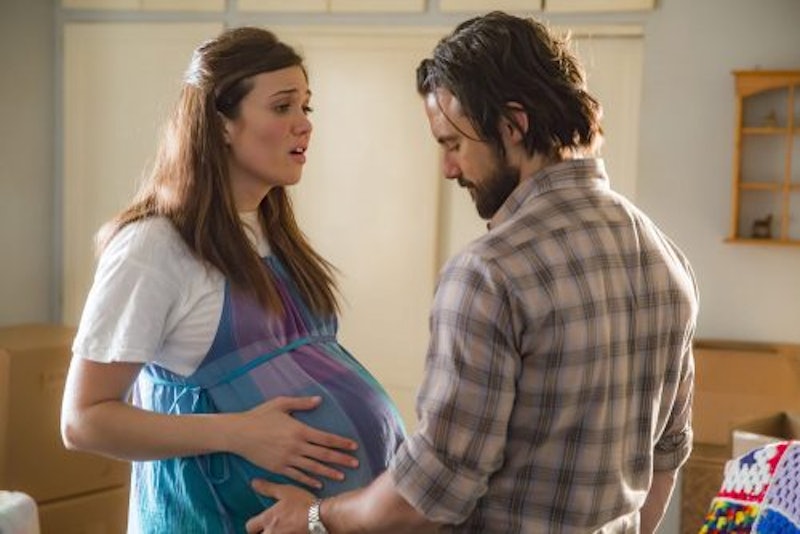 Is there some kind of a support group we can all join to fully discuss the ramifications of a This Is Us episode on our souls? Because Dan Fogelman acknowledges our pain and intends on making it worse apparently. He talked to Entertainment Weekly about Jack's death, and he relayed a slightly troubling factoid about it. As it turns out, we are not going to find out how Jack died on This Is Us for... an indiscriminate amount of time. Which is, without mincing words, a particularly "slow" type of torture.

I'll tell you, it's getting to the point where I can barely get through an episode without a glass of cheap cabernet to ease the hurt. And now it's about to get worse. The showrunner basically told EW this when they pointed out that we now know the big three were teens when Jack passed: "I’ve always known when Jack died. The how is going to take much longer to reveal." But how long? And why must he hurt us this way?

Well, for realism's sake, that's why. And Fogelman also explains that there's more than the cause of Jack's death that needs answering, anyhow. He says that,

There’s still — and there’s going to be for some time — a lot of unanswered questions. What was going on in their marriage whenever this happened? How did it happen? Those questions aren’t going to be answered for some time. It’s something that, like many of the great tragedies in our lives, might not be talked about all the time or easy to talk about.

He delves a bit further into the vague circumstances of Jack's death, but one thing remains clear. No matter how much we, or EW pries, he's staying steadfast in his assertion that we will just have to wait to find out.

Because Jack is so beloved, finding out how he died feels like it'll be like ripping off a bandaid. Painful at first, but ultimately better in the end to keep us from thinking up even worse scenarios. But, hey. This is a show, one that is centered on keeping us guessing, and that's really worked for them so far. I guess we'll have to trust them on this and assume that the scenic route to Jack's death is the way it has to be.