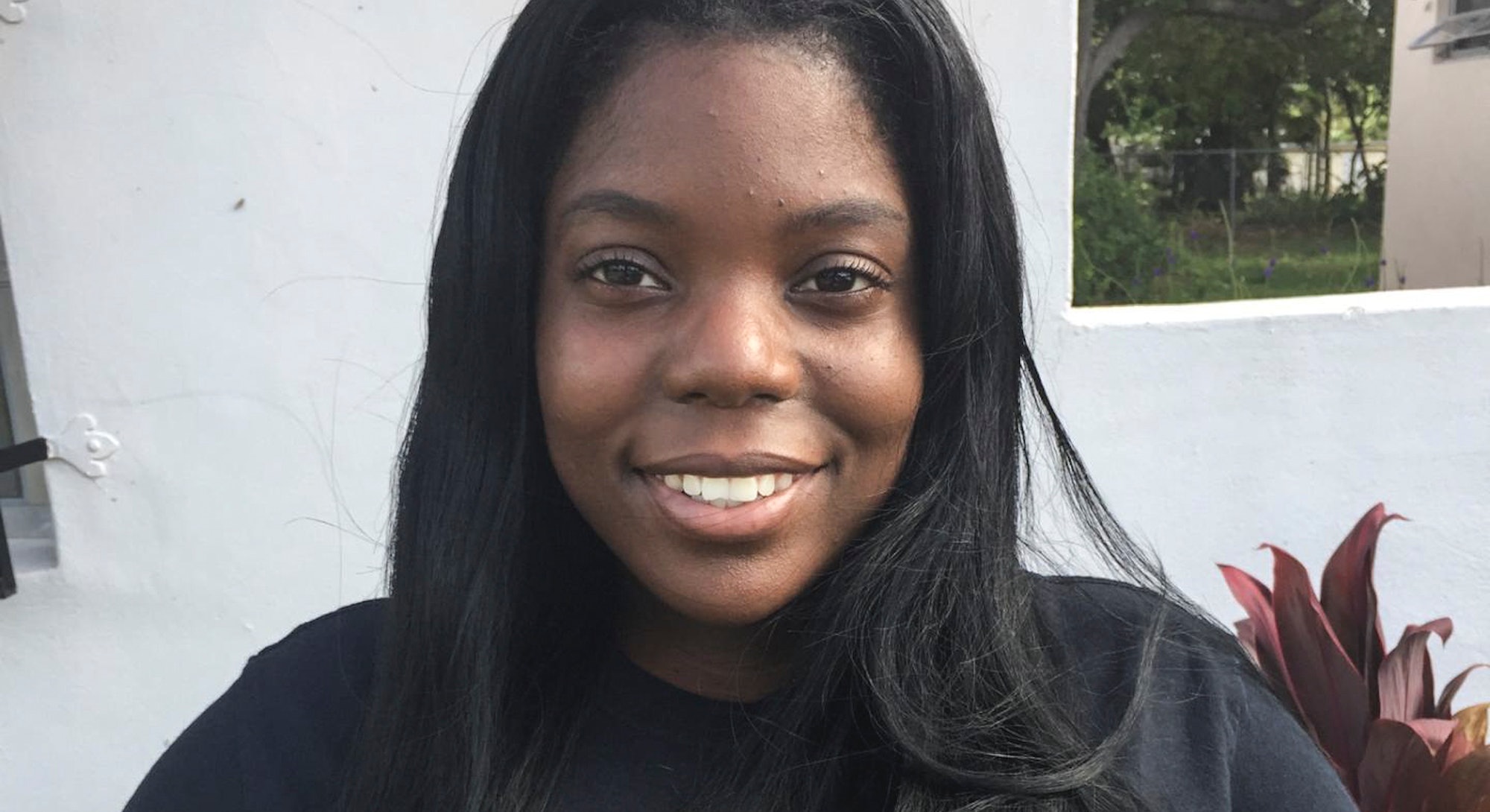 Lys Isma has an organic chemistry final on Wednesday. Any other week, that might be the biggest source of stress for the 22-year-old Haitian immigrant and college student, but this week, her life has been turned upside down. On Monday, the Department of Homeland Security announced that it will end Temporary Protected Status for nearly 60,000 Haitian immigrants living in the U.S.

TPS is a temporary immigration status granted to non-citizens from countries experiencing dire conditions such as a natural disaster or armed conflict. Since 2010, the United States has granted Haitians TPS following a devastating earthquake and subsequent cholera epidemic that eviscerated the Caribbean nation. Lys, who has been living in the U.S. since she was nine months old, has been covered by TPS for the past seven years.

Lys is the only member of her immediate family who is directly affected by the Trump administration's decision. Her younger sister was born in the U.S. and is an American citizen. Her older sister is married to an American, and holds a green card. Lys' parents, who had divorced, both re-married American citizens and have become permanent residents. Lys' family, and her entire life, are here, in the United States.

"I live my life eighteen months at a time."

"I'm not going to pack up my things to go someplace that I don't know," she tells Bustle. Returning to Haiti is not an option, she says, once her status expires. Instead, Lys is prepared to stay and live her life as an undocumented immigrant.

"It's going to be very difficult. I've had TPS since I was fifteen, so I've never had to navigate being undocumented as an adult," Lys explains. Right now, she has a driver's license and is able to drive legally. She has a work permit that has allowed her to apply for legal employment, which in turn, has enabled her to afford her education. Once her TPS expires, in the absence of a more permanent solution, Lys will lose both of those privileges. As Lys says, "It's a lot to worry about."

The Isma family must now hope for congressional action to undo the damage from the Trump administration’s decision: Either legislation such as The ASPIRE Act, which would allow Haitians covered by TPS before January 1, 2017 to apply for permanent residency, or more comprehensive reform.

"When you're 22, people ask you 'Where are you going to be in five years?'" Lys says. "I have no clue. I can't even think of that. I live my life eighteen months at a time."

As the Haitian community grapples with Monday's announcement, TPS recipients from other countries are nervous they and their families could be next.

More than 300,000 people from El Salvador, Honduras, and Haiti live in the United States with TPS. Beneficiaries of the program have lived in the U.S. for an average of 19 years and are employed at high rates.

Arely Guevara immigrated from El Salvador in 2001. In January of that year, El Salvador was hit by a devastating earthquake and two subsequent earthquakes, leading the U.S. Attorney General to allow thousands of Salvadoran citizens to enter the U.S. as part of the TPS program.

When she came to the U.S., Arely was just 2 years old; she has no memories of the country of her birth. She, her mother, and her father are currently protected by TPS.

As it is, things aren't easy for Arely. Although the 18-year-old aspires to study computer science and sustainability, North Carolina, where she lives, does not offer undocumented youth in-state college tuition. So for now, college is on hold.

"For a lot of us, we've been living here for decades. It's unimaginable to have to go back after building a whole life here."

The Guevara family has known that their immigration status could be in jeopardy since Donald Trump's election, but as the March deadline to determine extension of TPS for El Salvador approaches, the reality of that possibility is setting in.

"It's just really terrifying," Arely explains to Bustle. "For a lot of us, we've been living here for decades. It's unimaginable to have to go back after building a whole life here."

Part of that life includes Arely's two American-born siblings: a 14-year-old brother, and a 10-year-old sister who lives with cerebral palsy. Like so many families with mixed immigration statuses, a change in status for one part of the family will affect the whole. According to the Center for American Progress, TPS holders alone are raising families that include nearly 275,000 U.S.- born citizens.

Arely is trying to keep her siblings hopeful, inspiring them with her own activism, including a recent trip to Washington, D.C. to push for a clean version of the DREAM Act. But when it comes to talking about the very real possibility of half her family losing their immigration status and being forced to return to El Salvador, she is more guarded.

"I don't want them to think that," Arely says. "They're really young and they should be worried about other things."

"Are we even going to be in the same country next year?"

If Arely and her parents' TPS is revoked, her family, along with hundreds of thousands of other Salvadorans, will be forced to choose between returning to a country that continues to suffer from brutal violence, dividing the family, or staying in the U.S. without legal status.

"The holidays are coming and my biggest thought is, 'Is my family going to be together next year? Are we even going to be in the same country next year?'" Arely says. "I think that's the fear for a lot of people."