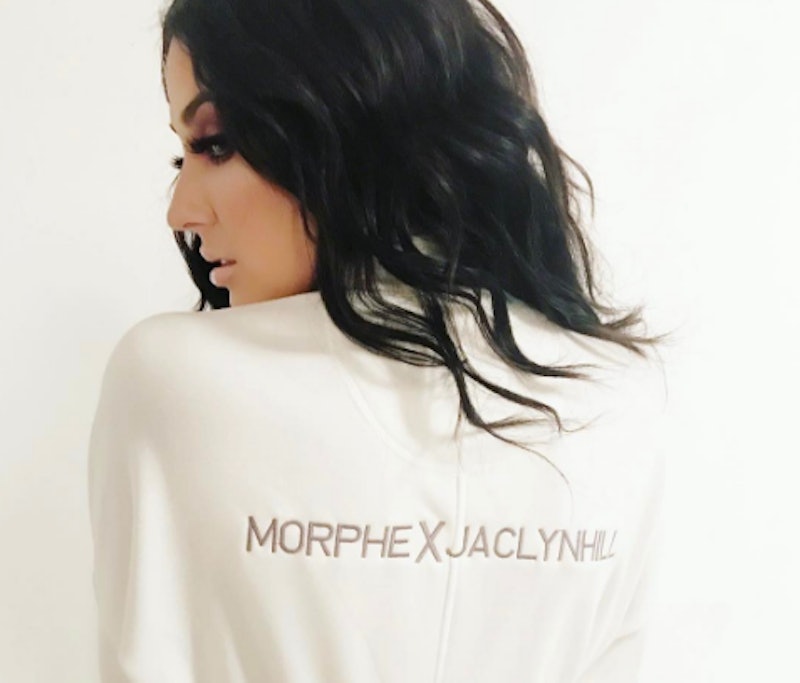 Ever since Jaclyn Hill announced her Morphe collab, fans have been dying to get their hands on the eyeshadow palette. The only problem is that no details have been released since the initial news, which has left fans dying to know when they should be saving up for. Thankfully, Jaclyn Hill made a social media announcement that cleared up some confusion. It doesn't give all the deets, but it does hold one major piece of info that will soothe your beauty woes.

Breathe easy, because the Morphe x Jaclyn Hill Palette is still on the way. When Hill first announced the eyeshadow collab, she said that the collab would be available in March of this year. Well, if you haven't already noticed, the month has come and gone, but there's still no palette. To no surprise, fans are dying to know when exactly they'll be able to buy the beauty item. So much so, that the YouTuber felt the need to make a Twitter announcement.

According to Hill's tweet, the brand is making sure that they have enough palettes for everyone who might want one, which is taking longer than they planned. While you might be bummed that the shadows aren't already in your makeup collection, this is still great news. Everything that Hill touches turns into a bestselling item, so at least you'll know that there are tons in stock.

While the exact launch date is still a secret, there is still some info to keep you occupied while you wait. Hill is constantly swatching the palette on her Snapchat. So far she's shown off gorgeous warm toned hues and even a stunning white eyeshadow shade that she uses as highlighter. It might be annoying not to know the info, but the palette seems to be well worth the wait.

It's pretty much guaranteed that the palette will be affordable too. Morphe is known for their well-priced beauty items and makeup tools, so there's no doubt in my mind that this will be the same. Factor in that they're making sure that everyone has a chance to stock up on the palette, and you have one seriously great collab, if you ask me.

All in all, this is one collab that you won't want to miss. After all, at least the delays give you enough time to save up. Because something tells me that you'll want to buy back-ups of this limited edition launch.