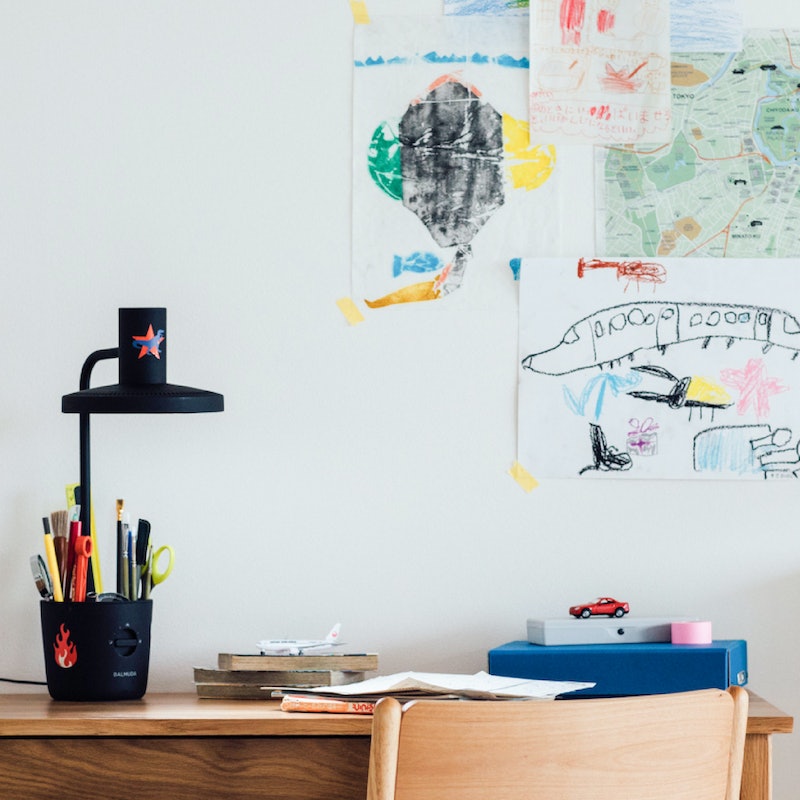 If you're someone who is particular about lighting, well, apologies, because you just might become convinced to spend a few hundred dollars on a lamp. As reported by Fast Company, there is a Japanese lamp that doesn't cast shadows or cause glare. Ever walk into a friend's home and shutter in disbelief at the fact that they were using "cool white" bulbs instead of "warm white"? Gasp in horror whenever someone uses lamps in the middle of a prime natural lighting day? This is the type of news meant for you.

The light, which is called The Light, comes from Japanese brand Balmuda. The lamp uses technology that is used in surgeon's lights that doesn't cause shadows. Compared with traditional lamps, it casts a relatively wide area of diffused light. While a lamp with a normal bulb cast light downward with the most intense light being directly underneath, The Light casts its light outward with the intensity more even. According to the Balmuda site, "if you place it on the opposite side of the dominant hand and light is obliquely inserted from there, you should not see the shadow of your hand writing something."

In addition to being based on surgical lights, Balmuda's lamp also uses solar LED. According to the brand's website, " this LED, which is not used so much in the world, is characterized by a spectrum very close to the color of the natural world."

The lamp was created with children in mind. The Balmuda site notes that the concept was "the light to protect children's eyes." That said, it's not just great for children who are drawing or doing homework. Anyone who needs to work on something (art, writing, drafting) that they need to be close to could benefit from The Light.

And in this social media age, perhaps it could also work for taking some non-shadowy photos. Need an Instagram flat-lay of a group of small, adorable objects? Perhaps The Light could help you do it without shadows. Need to photograph the delicious and artfully plated meal you just cooked? Maybe The Light could make the colors look more true to life. The Balmuda website doesn't mention anything about using it for photography, but if you were to take the photo with the camera positioned lower that the light, it seems like it could work.

The Light comes in white and black and the base includes a storage area for writing and drawing utensils and other desk goods. The lamp includes stickers so children (or whoever's using it) can decorate it. Also, the brightness can be adjusted using a dial on the front.

Now, The Light is very expensive. On the Balmuda website it is listed at ¥‎37,000, which is around $337, before shipping and taxes. Fast Company reports that the lamp is $540, which may be referring to its price on Amazon. Either way, if you want to get your hands on one, it's going to set you back. But, hey, it's The Light. That's a big name to live up to, so maybe it's worth it.