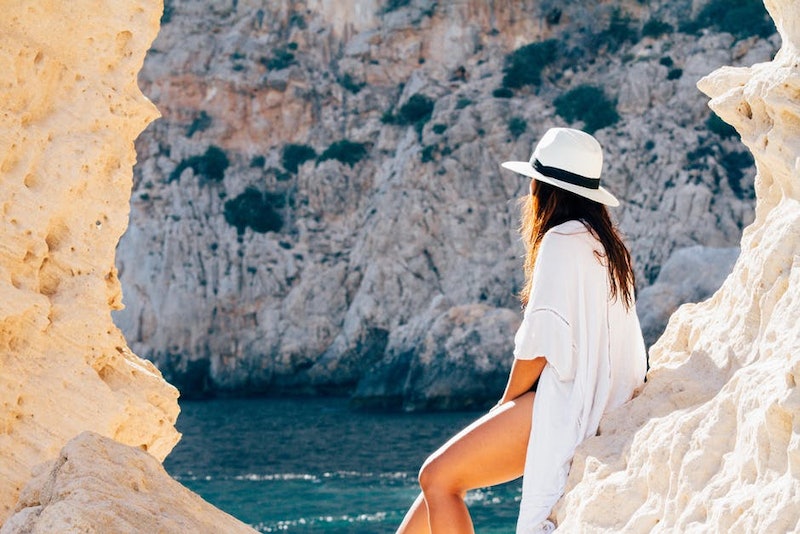 Trust is part of the foundation of any successful relationship; but many relationships aren't successful. Just take a gander at the story of one young man, who sent a list of rules to his girlfriend detailing all of the (many) things he was forbidding her to do on her upcoming vacation to Magaluf, a Spanish party resort. The young lovebirds in question are Josh (20) and Lucy (18), of Nuneaton; and as shown in a tweet that has now gone viral, Josh sent his lady a list of 10 rules, notifying her that she was not allowed to talk to boys, take photos with them, or even make eye contact with them.

Just wait. It's not over.

Also on the list? "No drugs, I will drug test you when you get back," "If your girls have boys back leave the room and FaceTime me," and this real gem, "You can't wingman your mates they're ugly enough to pull themselves."

It seems as though it was a friend of Lucy's, Ashleigh, who posted his message on Twitter; but Lucy followed up with one more insanely juicy detail: a picture of Josh in a steamy liplock with another gal, reportedly sent to her by a friend.

So, gentlemen, to recap, here is possibly the easiest way to stay single forever:

But just one second, there — Josh spoke to Unilad about the whole debacle. Now, there are two sides to every story; but after hearing Josh's side... you won't even care. He tells Unilad: "Well me and Lucy, let’s just say we’re sort of 'seeing each other' for a few months and the list was written purely just for a joke and none of it was actually meant to be taken seriously. But when I sent it, she actually agreed to the things and said they seemed fair enough as long as I stuck to the same things when I was on holiday. The majority of the things in there are what you’d expect someone you’re close to not even do anyway. So I think the way people are saying I’m psycho etc is a bit extreme because I’m sure they wouldn’t want their boyfriend or girlfriend to do any of those things while on holiday either."

Lucy wasn't even his girlfriend, BTW. Josh later backpedaled and said that the list wasn't totally a joke, and now nothing makes sense.

But! Worry not. Josh cleared everything and explained why he really made the list: "I didn’t want her to get with other guys because we was [sic] supposed to be getting with each other after the holiday, but obviously when I’m drunk I forget these things and get with other girls."

*Sigh* It's a tale as old as time. Boy meets girl. Boy falls for girl. Boy falls for lots of other girls, too. Boy tries to control girl and then projects all of his own issues onto her instead. Boy gets blasted on Twitter, where his words will live in infamy. Ah, young love...