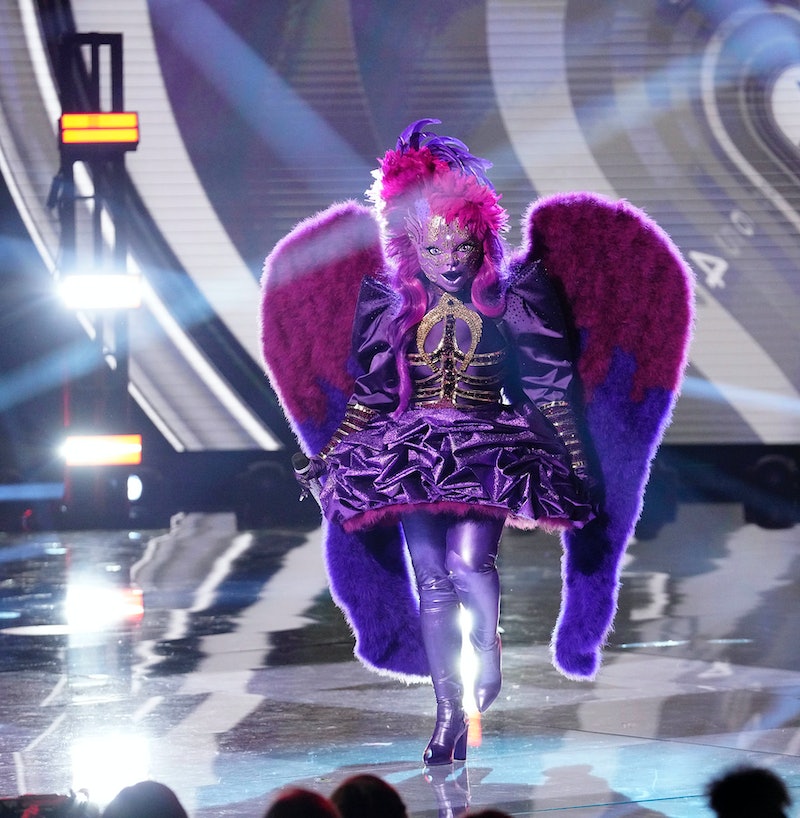 The final group of The Masked Singer Season 3 contestants finally hit the stage on March 11, and the theories are already multiplying. In particular, fans have grabbed onto a certain Night Angel Masked Singer theory with a surprising Real Housewives connection. After analyzing the clues and seeing her perform, fans are convinced that the Night Angel is none other than Kandi Burruss from Real Housewives of Atlanta.

As RHOA viewers know, Kandi is a hard worker, goes after what she wants, embodies a multitude of talents, and isn't afraid to pursue different avenues of the entertainment industry. So, it wouldn't be surprising if Kandi really is the Night Angel. Like the masked singer teased, "Doors have always opened for me." But there was one specific clue about the Night Angel that undoubtedly points to the Bravolebrity. The suited men in sunglasses usually seen in the clue packages were shown dressed up as a group of angry old ladies. Kandi is known for the Old Lady Gang, a restaurant made in honor of her mother, her two aunts, and their southern recipes. There are currently three OLG locations across Georgia.

Night Angel was also seen opening the doors of three different motel rooms numbered 4, 5, and 6. As Twitter user @MrsBennett20 pointed out, Kandi wrote a song titled "4,5,6" for Sole featuring J.T. Money. She also sang the chorus on the track.

As for Night Angel's overall concept, the idea definitely fits Kandi's persona. "I feel like this angel can't be good all the time," the Night Angel said in her clue package. Just like the Night Angel, Kandi is both angelic and unafraid of embracing her darker side. Not only does Kandi have her own sex product line called Bedroom Kandi, she played off rumors that she had her own sex dungeon to create an entire Welcome to the Dungeon tour.

The judges may have guessed Monica, Lil' Kim, and Taylor Dane as the Night Angel, but all of the clues right now seem to point to RHOA's Kandi, making this an epic reality crossover TV event.

More like this
Rachel Fuda Gave Birth Just Weeks Before 'RHONJ' Season 13
By Brad Witter
Danielle Cabral From 'RHONJ' Is No Stranger To Reality TV
By Brad Witter
Erika Jayne's Estranged Husband Tom Girardi Has Been Indicted On Fraud Charges
By Jake Viswanath
'RHOSLC’s Heather & Whitney Are Still On A “Friendship Break” After Season 3 Reunion
By Jake Viswanath
Get Even More From Bustle — Sign Up For The Newsletter
From hair trends to relationship advice, our daily newsletter has everything you need to sound like a person who’s on TikTok, even if you aren’t.