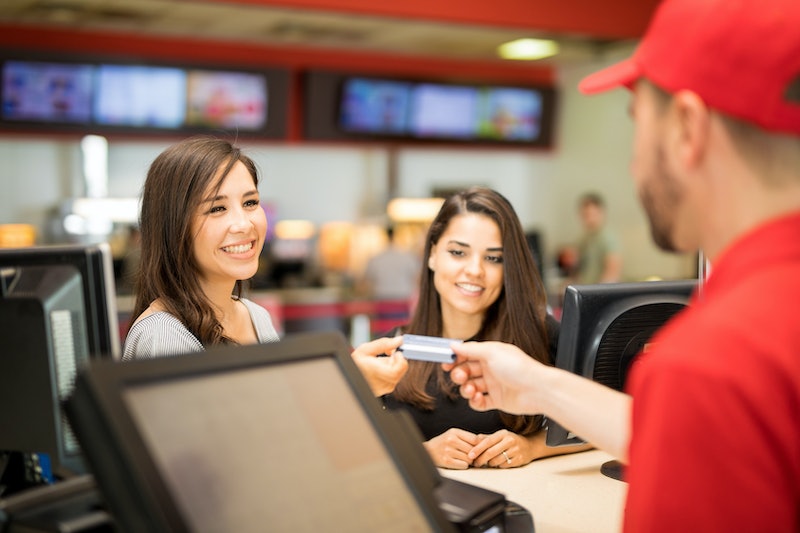 With the ninetieth (wow!) Academy Awards a little over a month away, you may be wondering how you can catch all the buzz-worthy films before red carpet night, without breaking the bank. This is where MoviePass can help — particularly if you are using one MoviePass hack everyone with a membership should know about.

Chances are, with one point five million users nationally, you have heard something about the movie theater subscription service taking the cinephile world by storm. MoviePass is an app-and-card-based service that offers members the opportunity to see any movie (a maximum of one per day each month) in participating theaters for a monthly fee of less than ten dollars. And we're not talking about few and far between independent cinemas that show foreign, under-the-radar films (though many of those are included in the MoviePass network, as well). Some of the more notable theaters where you can use the service include AMC and Regal — the first and second largest cinema chains in the United States, respectively. And it gets even better; by using this one simple hack you can truly get the most bang for your buck when using MoviePass.

Over at Mashable, Peter Allen Clark figured out the best way to get the most out of MoviePass using one simple trick that you might have been too distracted by your MoviePass savings to remember: signing up for a theater rewards card. Offered by most large theater companies, loyalty programs like the Regal Crown Club Rewards and AMC Stubs offer deals like free popcorn refills and discounted tickets on certain days of the week. Most also allow you to earn points with purchases that you can eventually exchange. In most cases, the more you see movies at their theaters, the more promotions and rewards you are eligible for. So say you're using MoviePass to truly attend one movie a day each month — before you know it you'll be drowning in goodies from your favorite theaters.

MoviePass was cofounded back in 2011 by entertainment entrepreneurs Stacy Spikes and Hamet Watt. After a largely unsuccessful few years, the duo welcomed former Netflix and RedBox executive Mitch Lowe to the team, naming him CEO in June 2016. During the subsequent year or so, the business model for the service changed a few times, first offering unlimited movies per month for $99 (almost ten times what it costs to do the same now!).

Then, they switched to a tiered price system based on the size of a market. For example, tier 1 markets (the lowest — far away from major metropolitan areas) were $15 for 2 movies per month, $22 for 3 movies per month, and $40 for unlimited movies per month. At this time, 200,000 people had subscribed to the service.

Nobody was prepared for how popular the new deal would be. In fact, interest was so explosive, 150,000 people signed up in just two days, and the company's website crashed. In October, the number of users jumped to 600,000, then surpassed one million in December.

It should be noted, though, that questions have arisen about the survival of MoviePass. Its ability to profit is confusing, and on more than one occasion theaters have pushed back on the service. Most recently, earlier this week the service announced it would no longer be available in a number of popular AMC theaters.

Despite this, MoviePass shows no signs of slowing down, and now is the time to take advantage — especially since the Oscars are March 4th!