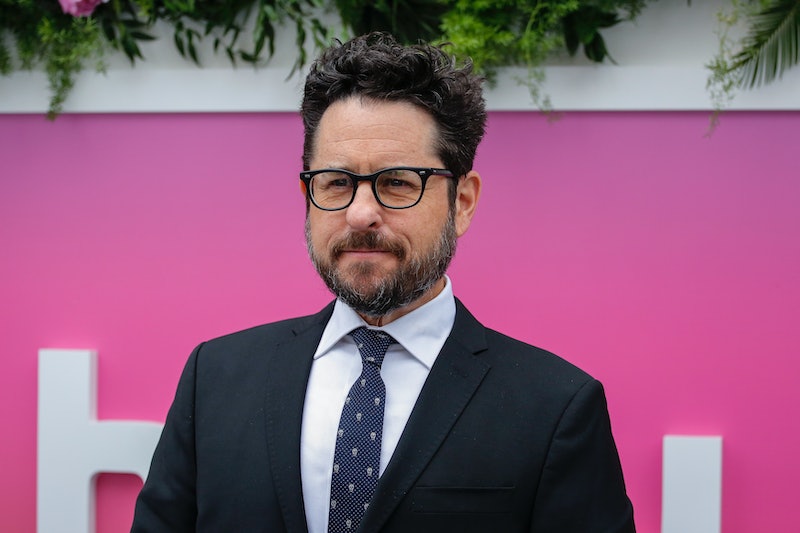 The force is once again with J.J. Abrams, who will direct Star Was Episode IX after Jurassic World's Colin Trevorrow recent exit from the project. The big announcement of who's taking over directing duties for the final installment of the latest Star Wars trilogy is one that's been met with a lot of feelings. No surprise really, since fans had a lot of opinions on who should take over Star Wars Episode IX. Many hoped it would be a female director or a person of color. Amidst all of the opinions, this one tweet about Abrams directing Star Wars Episode IX perfectly gets at how we're all feeling. As @ComicsWthKenobi tweeted,

"We are all cinematic experts today. Loving the mix of opinion, exuberance, angst. Lot of love for this #StarWars thing. Lot of love."

Star Wars fans from both near and a galaxy far, far away are pretty conflicted, and that's not really a surprise. Diehard fans are passionate about this series and want to make sure it's done right. But, not everyone agrees on how that should be, which is why the announcement that Abrams, who helmed Star Wars: The Force Awakens, will direct and co-write write the ninth installment in the series has people split — and, the truth is, it always would have.

Ask 100 Star Wars fans who should direct the last movie of this installment and it's possible you'd get a 100 different answers. For Disney, though, there was only one. Lucasfilm President Kathleen Kennedy said in a statement to The Hollywood Reporter,

“With The Force Awakens, J.J. delivered everything we could have possibly hoped for, and I am so excited that he is coming back to close out this trilogy."

Those that agreed with this assessment tweeted enthusiastically praised the decision.

Meanwhile, those that didn't gave their counterarguments in 140 characters or less, voicing valid criticism.

Others fell somewhere in the middle.

The good, the bad, the unsure tweets — it's exactly what's expected from Star Wars fans who love this thing too much not to comment on it. It's their right as fans to share the rollercoaster of emotions that go with every new reveal about the series. And as @ComicsWthKenobi's tweet pointed out, it's kind of fun sitting back and reading all the hot takes.

Honestly, there was never going to be a scenario where everyone was happy with who Disney picked to direct Star Wars Episode IX. There was never going to be a case where these fans weren't going to share their two-cents on the topic of a new director for the final film — and that's a good thing. It's a fandom that's well-versed in its universe and only wants the best for it. And yes, they're willing to duke it out in the comments to make their points be known.

For some Abrams is the best choice, while others not so much, but they'll all be there opening weekend ready to tweet their feelings on the final product when it finally arrives in theaters in 2019. It's actually pretty commendable how civilized the debate over Star Wars often is. No one's really wrong; it's more of a safe space to air your grievances. Some will be kind about Abrams and his love of lens flares. Others will be ready to write up their "I told you so" tweets if he doesn't cut it.

Through it all the rest of us will be there, scrolling through the Twitter noise, likely coming up with our own rebuttals to keep the conversation going that we may or may not compose as a tweet. The truth is, whether you're a Star Wars fan or not, it feels nice to be an armchair critic for just a little while.