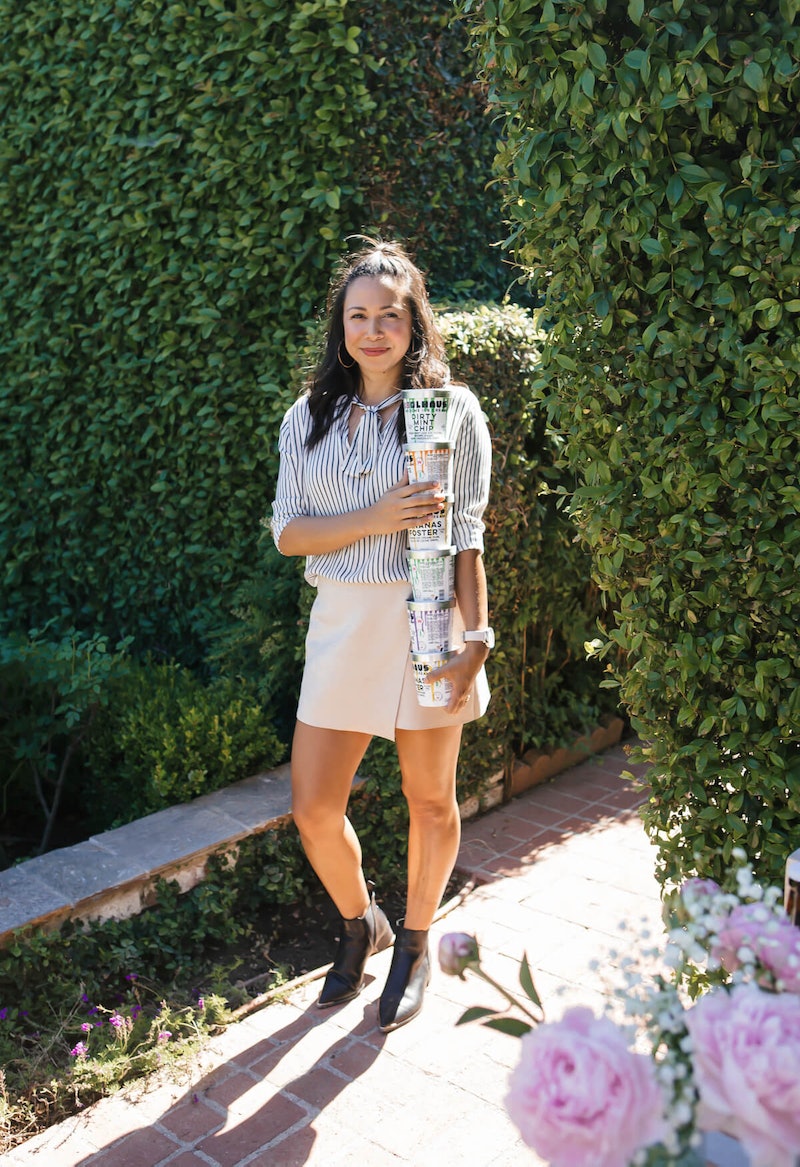 There are few things cozier than sipping hot chocolate during the holidays, especially when you're with your family. Adrianna Adarme, author of three cookbooks and the creator of popular food blog A Cozy Kitchen, has the perfect recipe if you're looking for a snug treat to share with your loved ones. In fact, it's been in her family for years.

I grew up part of my life in Orange County, California, and the other half in south Florida. My dad is Colombian, but my mom, who is Peruvian, is the one who actually cooked. Growing up, my mom was always making our favorite Peruvian dishes, and around the holidays, there was one in particular we always looked forward to — Peruvian hot chocolate. Looking back, I think it was memorable because it was so out of the ordinary. I drank a lot of hot chocolate as a child, but it was usually from the packets you mix with water. My mom's recipe was special because it was so homemade, and so rich, and so good.

Peru is really known for its chocolate, and my mom would mix it in a pot with sweetened condensed milk, and spices. We'd usually have it the night before Christmas, around midnight. It was something my mom had always had growing up (the recipe was passed down from her grandmother, mother, and great aunt), and it became super important that my mom make it every year — both for her, and for us.

It's still something I make on Christmas. I actually have a recipe on my site, A Cozy Kitchen, that's very similar to it. Normally, you just add sweetened condensed milk, regular milk, and chopped up Peruvian chocolate. Then you add a cinnamon stick, and cook everything on very low for five to 10 minutes. Let it steep so it can get that cinnamon flavor in it, and then when you take it off the stove and you pour it into cups, it's really good. Sometimes, I'll adapt the recipe to make it very L.A. — I'll use almond milk or oat milk, and sometimes I'll put dates in it, and even adaptogens (plant extracts that can help your body resist the physical impact of stressors). That's the only way I want it, now.

There's a lot of times where I'll use Peruvian flavor combinations and profiles in food that's not Peruvian. It's just my interpretation.

I'll make very 2018 versions of a lot of my mom's favorite dishes. For instance, I make lomo saltado, which is basically a stir fry with soy sauce and ginger that also has fried potatoes and beef — but I'll make a vegan version with roasted squash. My great grandmother would probably roll her eyes, but I like it! And actually, my mom likes it too. My mom used to make an appetizer called Papas a la Huancaina. It's this cheesy sauce that has aji amarillo (a Peruvian yellow pepper) in it, that gets poured over cold potatoes. Now, she'll make vegan Papas a la Huancaina with cashew cheese instead of real cheese. We play around with it, but the flavor profiles are very much the same, and that for sure has influenced a lot of my cooking. There's a lot of times where I'll use Peruvian flavor combinations and profiles in food that's not Peruvian. It's just my interpretation.

My mom is the person who taught me how to cook. There's a lot of little things I do now where, I'm not sure if my mom got it from Martha Stewart, or from her mom, but I'll catch myself doing them, and I'm like, "Oh yeah, I learned that from my mom. My mom taught me that."

As told to Bustle's deputy lifestyle editor Kathryn Kattalia. This interview was edited for length and clarity.